Natalya Mihailova | 17 February 2014
Belgian legislators voted to make their country the world’s first to allow euthanasia for small children, despite vigorous opposition from the Catholic church and all main religious groups.
“We are saddened and fearful for the future after this vote to extend euthanasia to children without any age limit,” said the Catholic bishops’ conference.”We totally uphold the rights of the child, of which love and respect are the most important. But the right of the child to demand its own death is a step too far. It transgresses the prohibition of killing, which is the foundation of our human society,” the bishops said in a statement Thursday.The same day, Belgium’s lower house of Parliament passed the legislation, which permits the doctor-assisted killing of terminally ill children facing “unbearable physical suffering.” The legislation passed the Senate late last year and must now go to the king for approval. 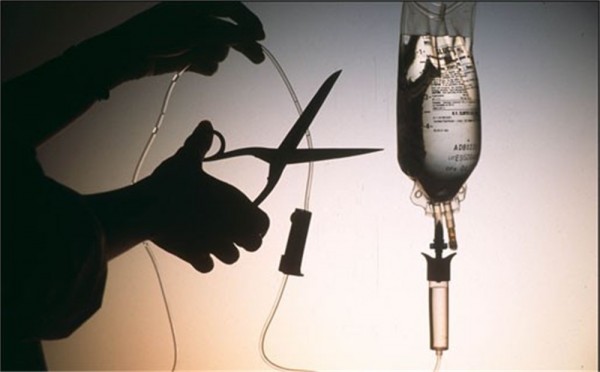 The bishops said they had frequently “expressed fears” about the proposed law, which had been unanimously deplored “with a single voice” by heads of all faiths in November.

They added that they shared the views of all those opposed to the law “as a function of their experience or expertise,” including medical experts who believed it was “useless and defective.”

“We fear this new law opens the door wide to the further extension of euthanasia to handicapped persons, people with dementia, the mentally ill and those merely tired of life,” the bishops said. “We insist everything is done to combat pain and suffering to the maximum, and that all professionals and volunteers accompanying the sick and suffering gain optimal support.”

Representatives voted 86-44 with 12 abstentions for the law, which requires children to be “conscious of their decision” after “repeated requests to die,” and to have approval from their parents and medical team.

However, Belgium’s Le Soir daily said the debate, which was marked by a pro-life vigil outside the Brussels Parliament, had been heated, adding that a public gallery spectator had shouted “Murderers!” as the result was announced.

The church’s Cathobel news agency said several members of Parliament had highlighted contradictions in the bill’s wording, including its provision that children as young as 3 could be allowed to die “if capable of discernment,” whereas a 17-year-old could be refused if psychiatrists disagreed.

The agency added that Health Minister Laurette Onckelinckx, a champion of the law, had “shocked colleagues” by failing to attend the debate.

“This merely underlines the emptiness of Belgium’s legislative process — why bother listening to the minister’s opinion if no expert has been consulted and all amendments have been swept aside?” the Catholic agency commented Thursday.

“Neither the truth nor the common good have been in evidence in this debate. Does this signal that Belgian society itself is ‘incapable of discernment’?”

Catholics nominally make up three-quarters of Belgium’s population of 11 million, although only one in 10 attends church.

Euthanasia was legalized in Belgium in 2002, a year after the neighboring Netherlands. Politicians and pediatricians said children should have the same right to die as adults.

Although officially restricted to terminal patients, researchers say reasons for euthanasia have included blindness, anorexia and botched operations, while many are carried out illegally by nurses and at least a third are involuntary.

However, the claim was rejected by professors from the Catholic University of Leuven, as well as in an early February open letter by 160 pediatricians, who said modern medicine was “capable of alleviating pain.”

Several Belgian churches staged vigils against the law, including Brussels’ National Basilica of the Sacred Heart, where Archbishop Andre Leonard, the bishops’ conference president, led an ecumenical day of prayer and fasting Feb. 6.

Besides Belgium and the Netherlands, euthanasia and assisted suicide have been legalized in Luxembourg and declared “nonpunishable” in Switzerland and are under parliamentary consideration in Britain and France.

Most countries have resisted calls for euthanasia of sick children, which was conducted in Nazi Germany under a program known as Kinder-Euthanasie.

The Dutch law allows newborn babies with conditions such as spina bifida to be euthanized, under the 2004 Groningen Protocol, but restricts euthanasia requests to children over age 12.