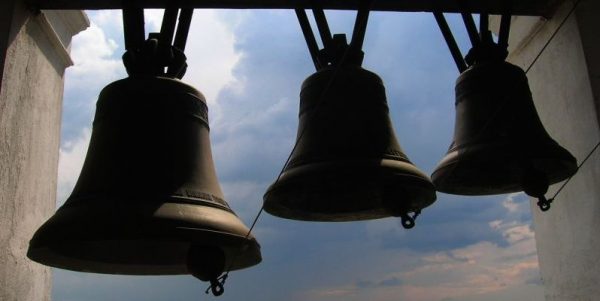 “From now on, Parisians and guests of the French capital, walking along the Seine embankment, will have a chance to hear the bell ringing. Bell melodies are selected every day,” reports the press service of the Moscow Patriarchate Korsun Diocese, uniting Russian parishes in the countries of the Western Europe.

The bells were cast at the bell plant in the town of Tutayev in the Yaroslavl Region. They weigh from eight to 880 kg.

Under an agreement reached between Moscow and Paris, in March 2010 Russia bought from the French government a land lot in the seventh arrondissement of Paris on Branly Embankment opposite the Alma Bridge for construction of a spiritual and cultural center, which must reflect not only the traditional canons of the Russian Church, but also the spirit of the landmark architectural solutions on the banks of the Seine.

In November 2012, Russia asked the French authorities to suspend its application for the development in order to make improvements to the project, extra payments and examine new proposals on how to bring the project with “specific requirements” as quickly as possible.

On December 24, 2013, Jean Daubigny, the prefect of Paris and the region of Ile-de-France, signed permission for construction of the Russian Orthodox Spiritual and Cultural center.

The development project involves construction of an Orthodox church, an administration building for the eparchy, a Russian-French school with a 150-student capacity, multifunctional rooms and lecture halls in a seminary, a dormitory for seminary students, and a library. A big garden is to be built in the middle of the site.

The cultural spiritual Orthodox Center is being created as a venue for meetings and cultural events for the Russian-speaking community, for introducing Parisians to the Russian culture, and for providing spiritual guidance to the Orthodox Christians.