Bishop David: I will give no blessing for any marriage outside of the traditional marriage of one man and one woman

Source: The Diocese of Alaska
Bishop David (Mahaffey) of Sitka and Alaska | 28 June 2015 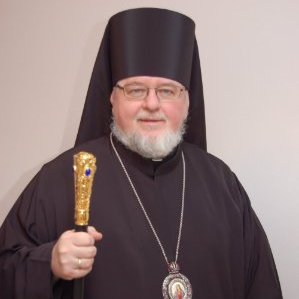 As many of you know by now on Friday, June 26th the Supreme Court of our country issued a 5-4 decision to overturn all bans of same-sex marriage by states and affirmed this union as being a constitutional right. In effect the court has ruled, in finality as all decisions of the Supreme Court are, that same-sex marriage can be legally performed by all states in our country.

This does not change the situation for us as Orthodox Christians.  We will still uphold the Biblical Standard that Marriage is between one man and one woman, the Supreme Court’s decision does not change that basic truth.

As your bishop, I will give no blessing for any marriage outside of the traditional marriage of one man and one woman.  Even though same-sex marriage is “legal,” there will be no same sex marriages in our parishes. I would encourage you all to re-read the 2013 Statement from the Episcopal Assembly of Bishops on Marriage. That can be found by going to this link:

I will say that most arguments against same sex marriage are not strong arguments.  Can we deny that those couples do not feel love?  Can we say they will make bad parents, or downgrade a community by their presence?  The evidence says otherwise.  The starting point for any discussion on marriage must begin in the “Sacred Function” Argument. Men and women are given certain “Sacred Functions” that only they can fulfill, when they were created.  Those functions are not subjective, but exist in the objective understanding of each person qua person as man or woman.

Clergy from the diocese should feel free to read the Statement from the Episcopal Assembly if they deem that it would be helpful to their parishes.

Your servant of Servants,
+ David, Bishop of Sitka and Alaska

When we lose someone that is very near and dear to us, we are troubled by a solitary,…

Sunday of Orthodoxy: Holding Forth Our Truth

Today we celebrate our Christian Faith in an important way. We gather in our churches bringing the Sacred…

What Is So Important About Fasting?

Let us begin the fast with joy! Let us prepare ourselves for spiritual efforts! Let us cleanse our…