Bishop of Lviv Urges Putin to Withdraw Troops from Ukraine 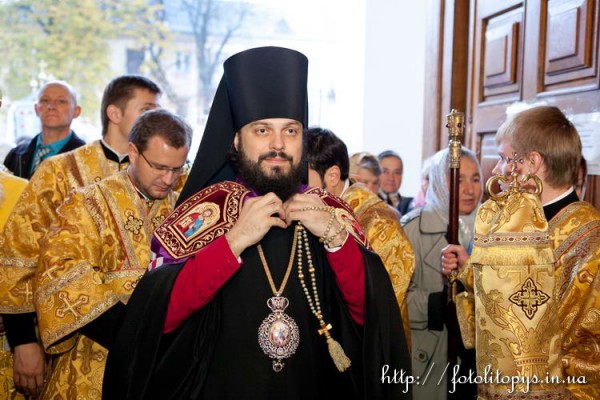 The text of the statement was published on the Lviv eparchy’s website.

On behalf of the general public of Lviv, priests, and believers I am compelled to send you an appeal, in which I must express our concern over the recent developments in Crimea. My message may seem rude, but today we can no longer speak streamlined phrases, it’s time to act in accordance with the Gospel: “But let your ‘yes’ be ‘yes,’ and your ‘no’ be ‘no.’ Anything more than this is from the evil one,” (Matt. 5:37).

We know you as a deeply faithful Orthodox Christian, but the actions of the Russian military forces, whose commander is you, alarm us and lead us Orthodox Ukrainian people to wonder!

There are no grounds for Russian soldiers to control the socio-political or any other situations in our country. Peace and a sustainable solution to Ukraine’s crisis are most important for us today.

We are confident that our people will be able to overcome all difficulties without the help of any army of a friendly country. Therefore, with full responsibly we declare that all the actions of the army of the Russian Federation on the territory of the sovereign and independent state of Ukraine will not bring our country prosperity.

Moreover, dear Vladimir Putin, as an Orthodox pastor I want to warn you that you will answer before God for all your actions which may result in a fratricidal war between fraternal Orthodox peoples. We see complete madness in what is happening today, because God is absolute mind and a certain order of life determined by God is a manifestation of the divine mind, thus treating God’s plan arbitrarily is folly and sin.

Now, at a special time of the year for each believer, Lent, we wish to submerge into the depths of our soul in peace and tranquility, to eradicate all kinds of passions that break our harmony with God’s Law. But due to the disturbing news from the south of our country, we are concerned about the integrity of the state in which we live, about the unity of our peoples who live in Ukraine – two things we want and wish for future generations.

I know that the All-Ukrainian Council of Churches and Religious Organizations and locum tenens of the Metropolitanate of Kyiv Metropolitan Onufry have already addressed you, but I, as bishop of the multinational congregation of Lviv, cannot remain silent when I see anxiety and sorrow in the eyes of believers!

Today we cannot be silent when we see armed Russian soldiers in our villages in Crimea. Russia sent to Crimea its “peacekeepers.” But the so-called peacekeepers are taking over government offices, blocking airports. Capturing and disarming troops. Issuing ultimatums to the Ukrainian military to surrender. Doing so is a direct violation of all principles of international law, human freedom, and human and Christian values.

We do not want our children to see that people on the same team are ready to unleash a fratricidal war. Moreover, I am confident that the withdrawal of Russian military forces from Ukraine will help us quickly find a common dialogue between all regions and all citizens of our country.

Dear Vladimir Vladimirovich, I ask you to hear our pleas about a wise decision and agree to bilateral consultations between the two countries, which the Ministry of Foreign Affairs of Russia refused to do. We ask you to make a vital decision on the rapid withdrawal of troops from the territory of Ukraine. Only this move will help us keep the peace of Christ between our two countries and the fraternal peoples. Another way out would lead us to a hasty Doomsday!

Head of the Lviv Eparchy of the Ukrainian Orthodox Church