Source: ROCOR
Natalya Mihailova | 04 February 2015
On Saturday, January 31, 2015, with the blessing of His Holiness Patriarch Kirill of Moscow and All Russia, His Grace Bishop Nicholas of Manhattan, Vice Secretary of the Synod of Bishops of the Russian Orthodox Church Outside of Russia, officiated at all-night vigil at Epiphany Cathedral in Elokhovo, Moscow, on the Eve of the Sunday of the Publican and the Pharisee. 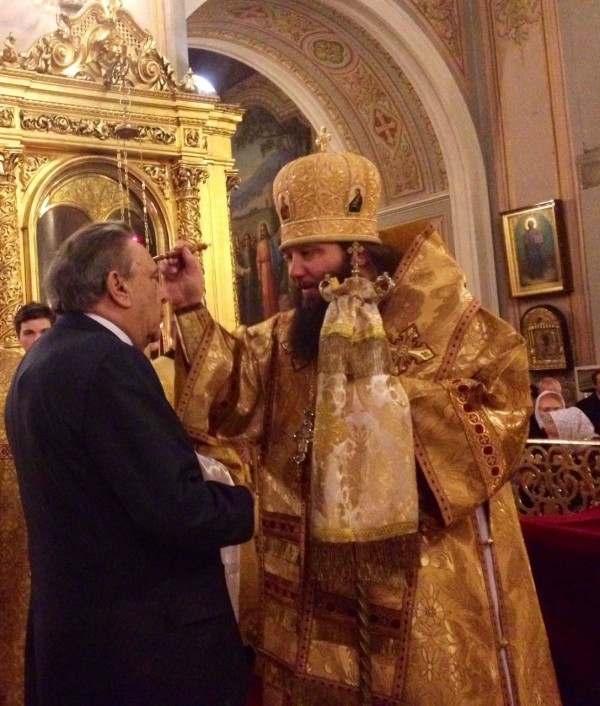 After venerating the relics of St Alexey of Moscow and All Russia, the Kazan Icon of the Mother of God and other relics, His Grace prayed at vespers and then emerged from the altar for polyeleos. After the reading of the Gospel and the singing of “Open the doors to repentance, o Giver of Life,” Vladyka Nicholas anointed the multitude of worshipers.

Earlier that day, His Eminence Metropolitan Hilarion of Eastern America and New York arrived in Moscow as part of a delegation of hierarchs of the Russian Church Abroad who will participate in the celebration of the sixth anniversary of the enthronement of His Holiness and in the Archpastoral Assembly of the Russian Orthodox Church.