Bless, Do Good and Pray 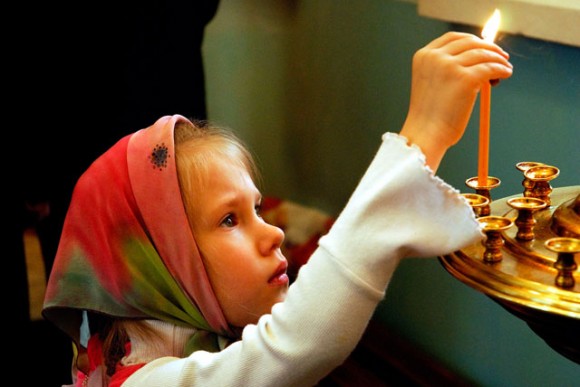 Archimandrite Sergius (Bowyer), the abbot of St. Tikhon’s Monastery in South Canaan, Pennsylvania, summarizes communion with God with three injunctions: “Bless, do good and pray.” Our mindset and way of thinking is first on his list. We should not judge or hate others. We should not cultivate negativity and dwell on negative thoughts. We should always show kindness, love, forbearance and forgiveness. We should flee anger. Father expresses the futility and harm of being angry towards others by saying, “If we take poison, it won’t harm the other person, but only ourselves,” for anger is self-inflicted poison. In fact, Father points out situations where a toxic relationship existed between two people, but just by at least one of them changing his mindset affected the other person and cured the ill-will and toxicity and facilitated reconciliation. Thus, the first thing we must do is not curse but bless.

“If you love those who love you, what credit is that to you?…And if you do good to those who do good to you, what credit is that to you?…But love your enemies and do good, and lend, expecting nothing in return…and you will be sons of the Most High. Be merciful, even as your Father is merciful” (Matt. 6:32-36). Therefore, the second admonition on Fr. Sergius’ list is to do good.

The Elder Zacharias of Essex (disciple of the Elder Sophrony, the spiritual son of St. Silouan the Athonite) says that prayer is as difficult as building a skyscraper. God sent His son into the world to give light to the world, which had fallen into darkness. It is odd how we find prayer to be so difficult, yet it is through prayer that we enter into the light. When we pray, we should pray not only for ourselves, for that would be selfish. We pray for our family. We pray for our friends. We pray for those who we love, and who love us in return. We also pray for those who hate us. We pray for the deceased, for even though they have left this world, the love we have for them is never ending. Perhaps this is why Holy Scripture says that God is love. Because through that love we can find a way to move out of the darkness, however terrifying or difficult it may be. We can find a way to embrace the light and to find joy, a joy we had never known, the joy which had been lost to the world. In the parable of the prodigal son, the father says that his son was lost, and now he is found. We also were lost, and now we are found. And once we are found, no matter how troubling life gets, we can never be lost again. That is why we pray.

Why is it that when we pray we are so often distracted with other thoughts? St. Paul says that he would rather say five words that he understands with his mind than to say ten thousand words with no understanding (1 Cor. 14:19).

Metropolitan Hilarion of Volokolamsk says that it is better to say the Lord’s Prayer for an hour with deep concentration and understanding than all kinds of canons, akathists and lengthy prayers with inattention, distraction and lack of concentration. It is not the length and amount of prayers that we say that is most important, but what is most important is that we pray with heartfelt and sincere concentration and attention. It is also important that we have a daily prayer and that we keep it.

Our prayer must be meaningful and from our hearts. Do not be afraid to pray in your own words. The official prayers in the prayer book are good because they were spoken by saints who were filled with the Holy Spirit. They are instructive for us and teach us how to pray. However, five words spoken from our heart to the Lord are better than all the morning prayers or evening prayers said with inattention and in haste. In other words, it is not only alright but encouraged that we address the Lord in our own words from our hearts with our sorrows and needs.

How else can we receive healing? Jairus and the woman both had deep faith and trust in the Lord. Jairus’ daughter is dying, and as a parent, I’m sure that he was anxious for the Lord to quickly go to her. If your son or daughter were gravely ill, wouldn’t you want to get your child to a physician as quickly as possible? Yet Jesus does not hurry, and He is delayed by the episode with the woman who was hemorrhaging. Jairus does not interfere with the Lord, and he waits while his daughter is dying. It was unlawful for a Jew to come into contact with someone who is bleeding. The Jew would become ritualistically unclean. That is why the woman had to secretly touch the hem of Jesus’ garment. In the old Gospel song it says “She cried oh Lord, if I could just touch the hem of his garment I know I’ll be made whole.” When she comes into contact with Jesus, it is not Jesus who becomes unclean, but it is the woman who becomes clean, whole and healed. It is the same as when Jesus came into contact with the lepers. It was not Jesus who became unclean, but the lepers who were cleansed and healed. It is the same when Jesus entered into the waters of Jordan and was baptized by John. It was not Jesus Who was cleansed by baptism, but the waters of the Jordan, and all of the waters throughout the world that were sanctified. When Jesus sat at table with publicans and sinners, it was not Jesus who was defiled and corrupted by associating with sinners, but the sinners instead were spiritually healed and brought to repentance and salvation.

Jairus is informed that his daughter has already died and not to bother the Teacher any more. Jesus nonetheless goes with Jairus to his home and visits the dead girl. Jesus says that she is only sleeping, and the crowd of people laugh at him. We all know that the world has many problems – the pandemic, political upheaval and controversy, inflation, people are divided and there is much hatred and confusion. Traditional Christian values and morals are constantly being challenged and a new morality is becoming the accepted norm. Fr. Sergius reminds us that “Jesus Christ is the same yesterday and today and for ever” (Hebrews 13:8). The world laughs at us, the Christians, the same as the people in today’s Gospel laughed at Jesus. But we know better, and their mockery and laughter does not perturb or disturb us in the least. We don’t put our trust in men and the princes of this world, in whom there is no salvation, who are corrupted by lies and all sorts of uncleanness and filth. Once we were lost but now we are found, and we have found the true light. Let us always set our sights and our hope and our mind and our hearts on our Savior Jesus Christ, like Jairus and the woman with the issue of blood. Let us bless, do good and pray, and our prayers will not go unanswered. Having entered into the light, let us flee the darkness, that we may never enter into the darkness again, but abide today, tomorrow and forever in the saving and joyous light of the love and salvation of our Savior Jesus Christ. Amen.