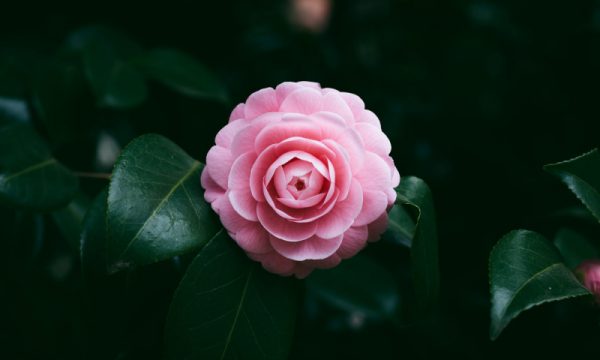 “Bloom where you’re planted” is good advice for anyone most of the time. Unless you’re in a terrible situation that you have to change, it is always a good idea to take advantage of present opportunities and be grateful for the good things at hand.

It is also good advice for Americans, especially Christians in a modern America.

Lately, the Orthodox community has been uneasy. There’s been a lot of dissatisfaction, even grievance, with the modern world. There is a nostalgia for the “good old days,” a sort of fuzzy, rosy sentimental yearning for another time or another place where life was simpler.

And there is a long list of villains and culprits, or reasons why things are not the way they were. Secularism is almost always listed. So are multi-culturalism, modernism, globalism, technology, and liberalism.

Even things like universal suffrage, toleration, and democracy are complained about once in a while.

In my clergy circle there’s a lot of hand-wringing going on about the decline of Christianity (and religious affiliation in general) in America. It’s true. In 2007, the Pew Research Center found that 78% of American adults identified as Christian. But only twelve years later, in 2019, that percentage declined by 13 points to only 65%.

On the other hand, the “religiously unaffiliated” — or, as I like to call them, the “nones” — climbed from 16% of American adults in 2007 all the way up to an astounding 26%. That’s a shocking increase in just a little more than a decade.

I’m sure that some of my religious friends pine for the good old days when things were a lot more religious — like when the state supported the church with money, power, and legal preference. Maybe even when church-going was a legal requirement.

Like back in 1753, when a certain John Hunt of the Colony of Virginia found himself in a lot of trouble. A grand jury made up of his genteel neighbors found that he had failed to attend church at the Charles Parish in York County. The presentment recorded in the Williamsburg Courthouse on 21 May 1753 reads as follows:

“John Hunt who stands presented by the grand jury for absenting himself from his parish church being duly summoned to gainsay the said presentment and not appearing, though solemnly called, therefore it is considered that for the said offence he forfeit and pay to the churchwardens of Charles Parish 5 shillings or 50 lbs. of tobacco to the use of the poor of the said parish and that he pay the costs of this prosecution.”

That’s a lot of money for skipping out on Sunday morning (around $250 these days), and that’s a lot of tobacco. At least these proceeds were allotted “for the use of the poor.”

That sort of religious coercion by the state was never a good idea. There were immediate benefits, but over the long term, a cancer set in that de-natured the ethos of the church.

This may come as a surprise: Orthodox Christianity started out as holding strongly to the separation between religion and politics. It insisted that faith is a matter of free acceptance by an individual, not a public function managed by the state.

Jesus said to Pontius Pilate “My kingdom is not of this world” (John 18.36). No religion had said that before. The old Christian Greek word for church, “ekklesia,” is a stark reminder of that truth, the completely voluntary nature of the Christian faith. “Ekklesia” means “a called out assembly.” Christianity, at least in its essence, is only called, invited — that is, never forced, never commanded, never compelled by the state. In the Judeo-Christian tradition, “belief” itself is related to “love” in its meaning — and we all know that love can only be voluntary and free, never forced. As soon as belief is commanded, it ceases to be belief — it is only forced intellectual consent.

This was the nature, the ethos, of Christianity in the book of Acts.

Unfortunately, stuff happens in history. After its first few centuries, Christianity was led astray into political religion. It got seriously wrapped up in collusion and even identification with the state. In Eastern and Western Europe, the church got infected with stuff like nationalism, racism and anti-Semitism, monarchism, anti-modernism, and a lot of other bad isms. It got way more ideological than theological, which should never have been the case. All these “isms” are faith gone very wrong.

So as the centuries went by, Christianity appeared to most people (young adults especially) as something a lot less than Christian. Worst of all, Christianity evolved from the way one prayed and believed to the way a person or community identified themselves — like with a politically partisan label.

Coming to America for us Orthodox (and other immigrant communities) was a fresh new start.

Sure, it was secular and democratic — a kind of society we Orthodox (in particular) never experienced before.

And sure, nowadays the Christian share of the population is in serious decline.

A lot of my confreres would like to blame this decline on the customary bogeymen of liberalism and secularism, permissiveness and socialism. These things are sometimes labeled as a “soft totalitarianism” — a label that too many American Christians utilize to claim victimhood from persecution.

I’ll let you in on a little secret. The main culprit is none of those things. And American Christians are hardly victims of real persecution.

Christianity — and religion in general — sowed the wind of politicized religion and partisan militancy. Now it’s reaping the whirlwind of decline and disenfranchisement. In a mysterious divine Providence, time and tide are scouring away all those toxic isms that came of that terrible collusion with the state, that romance of power and the sword.

So here we are in a thoroughly secular situation. The agnostic jurist Robert Ingersoll, back in 1876, said that from the beginning, America was a place where religion had to make its own way — there would be no backing from the state:

“Our fathers,” he wrote, “founded the first secular government that was ever founded in this world. The first secular government; the first government that said every church has exactly the same rights and no more; every religion has the same rights, and no more. In other words, our fathers were the first men who had the sense, had the genius, to know that no church should be allowed to have a sword; that it should be allowed only to exert its moral influence.”

We can live with those words. We should be glad to live in this time and place — a society that is democratic, secular, pluralistic, globalistic, even liberal, where the sword has been taken away from the church forever. There are opportunities in this situation for the faith that we’ve never had before. Democracy is a blessing. Modern secular society is not a curse.

It is an opportunity. Orthodox Christianity may once again (and maybe for the first time in America) be clearly seen as a society of kenosis and true ascesis. Orthodoxy has always been this way in essence — but the secular, modernistic, even liberal moment removes the obscuring and confusing dross that has covered up that witness.

Things are modern now, and there’s no escaping that fact. There’s been a lot of toothpaste squeezed out of the tube that can never be pushed back in. We can’t go back to the good old days. Those good old days were probably not so good anyways — at least not so good for everyone.

It’s about time we hoped and trusted in Providence, and stopped wishing to be somewhere or sometime else.

It’s time to relearn and show faithful, authentically Christian love. We’ve been called to be salt and light in a hurting world.

I’m happy to be in this contemporary moment with you, in the here and now, where we may disagree but still love our common humanity, and love — if you want to — our common God.

So to my fellow Orthodox Christians, I offer this respectful and friendly advice:

Bloom where you’re planted. Here and now, and in America.