Bosnia and Serbia hit by worst flooding for 120 years, Patriarch calls for help

Source: Pravoslavie.ru
Natalya Mihailova | 18 May 2014
Patriarch Irenej has called for help and attention to those affected by the floods in the Balkans. 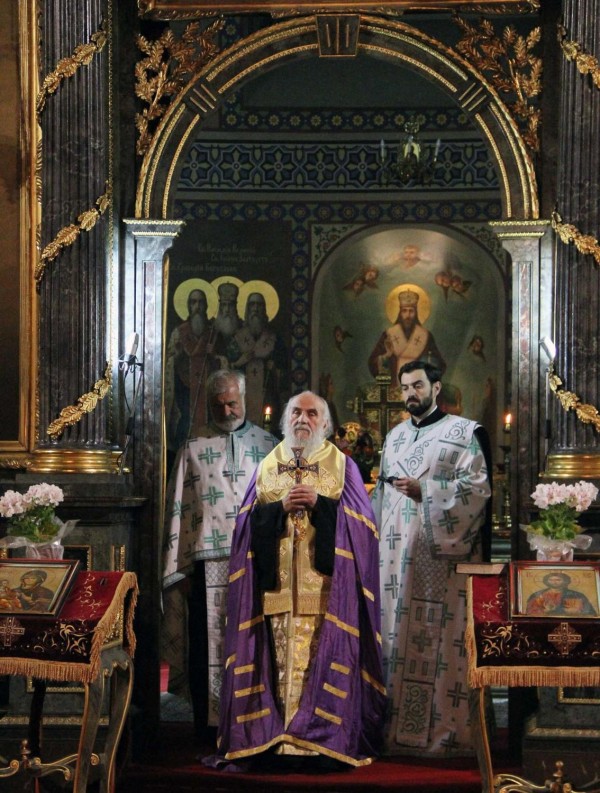 Serbia declared a national emergency on Thursday as rain-swollen rivers across the Balkans flooded roads and bridges, shutting down schools and cutting off power, reports APTN.

Hundreds of people had to be evacuated by military helicopters after meteorologists said the rainfall was the most since measuring started 120 years ago.

Authorities in Belgrade said the average rainfall of a two-month period hit the city in just 40 hours.

Surging water coursed through towns and villages, overflowing across streets and into homes, sweeping bridges off their moorings and causing landslides across the region.

Dozens of buses and cars were stranded on flooded roads and two main north-south railway lines in Serbia were impassable.

River levels rose all over Bosnia, including the capital Sarajevo and Maglaj, a town 60 miles north of the capital, was cut off by water surging into streets.

The rain was expected to persist until the weekend.