Source: FOCUS Information Agency
Natalya Mihailova | 24 November 2014
Sofia. Bulgaria and the Bulgarian Orthodox Church commemorated Saint Alexander Nevsky on Sunday, as well as the 90th anniversary since the inauguration and sanctification of the Saint Alexander Nevsky Cathedral, which is a symbol of the Bulgarian capital city Sofia and of Bulgaria, on Sunday, November 23. 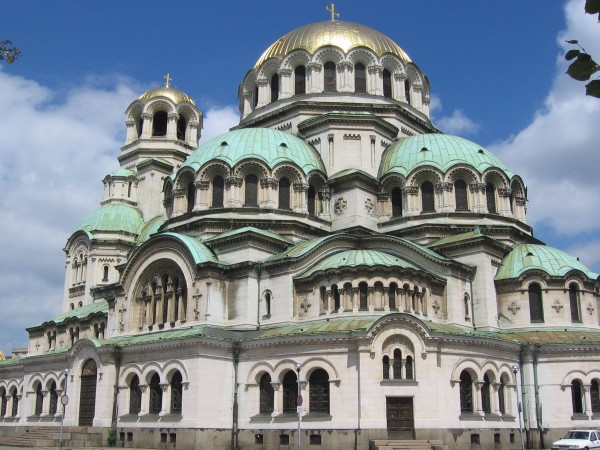 There was a solemn service at the Cathedral, scheduled to start at 9:30 a.m.

It was serviced by Patriarch Neofit of Bulgaria.

2014 is a special year for the temple. After a long-standing dispute this year Bulgarian interim Prime Minister Professor Georgi Bliznashki handed the title deed of ownership over the Saint Alexander Nevsky Cathedral to Patriarch Neofit of Bulgaria at a special ceremony at the Council of Ministers in early October.

“I am happy that I had the honour to make the Bulgarian Orthodox Church the legal owner of the St Alexander Nevsky Cathedral,” Professor Georgi Bliznashki, former interim prime minister of Bulgaria, said speaking after the solemn ceremony for the marking of the 90th anniversary of the temple.

“I am happy that I had the honour to find a solution to a very old case, which has been dragged on for years.

We did the best possible – the Church got its temple and I hope that from now on with the help of all believers the needed money will be found and the St Alexander Nevsky Cathedral will be restored.

This building is a holy place for the Bulgarian nation and we should preserve it for centuries ahead,” Professor Bliznashki remarked.