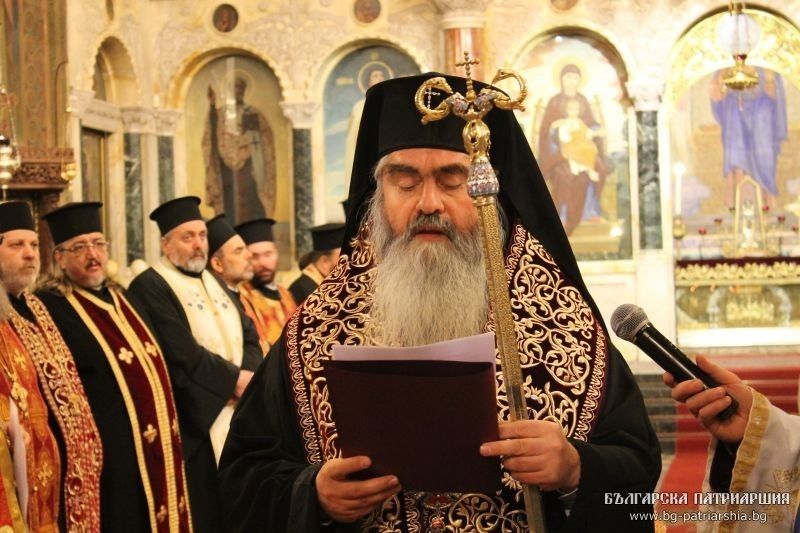 Bulgaria’s Christian Orthodox Church commemorated for the first time the victims of communist repression on Friday, 23 years after the toppling of the regime.

A special memorial service was held at Sofia’s Alexander Nevski cathedral by Varna metropolitan and interim patriarch Kiril, joined by a number of other Church dignitaries.

“This is the first time that the Holy Synod of the Bulgarian Orthodox Church has held nationwide commemoration services for the victims of the repressions,” Kiril told AFP.

Addressing the congregation after the mass, he said the Church had identified 152 priests who were persecuted after the communist regime seized power in 1944: 13 were sentenced to death and another 13 were jailed for life.

The Holy Synod, the Church’s top body, is now considering whether to canonise some of them, he said.

“This stance is a crack in the wall of indifference of the Orthodox Church,” former political prisoner Fredy Foscolo said after the service.

In 2011, parliament designated February 1 as a permanent special day of remembrance for the over 7,000 people who were executed or jailed as “fascists” by the communists during their 45-year rule between 1944 and 1989.

The regime did not go as far as to close churches but imposed atheism, did not tolerate churchgoing and controlled the priests’ rise in Church hierarchy.

The opening of the former communist police archives revealed that 11 of the 15 Holy Synod members were former secret police agents who collaborated with the communist regime.

Bulgaria’s late patriarch Maxim, who died on November 6, was not on the list, but Kiril was.

A Church Council is due to choose Bulgaria’s next patriarch on February 24.