Source: DECR
Natalya Mihailova | 29 July 2016
On 25 July 2016, the presentation of the Bulgarian edition of the book of homilies by Metropolitan Hilarion of Volokolamsk, chairman of the Moscow Patriarchate’s Department for External Church Relations, took place at the Russian Cultural and Information Centre in Sofia. 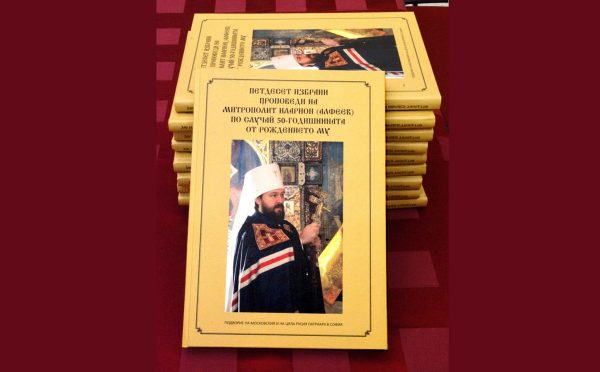 The book was published by the Metochion of the Russian Orthodox Church in Sofia to mark the 50th birthday of Metropolitan Hilarion.

The book was presented by Archimandrite Philip (Vasiltsev), rector of the Church of St Nicholas, the Metochion of the Russian Orthodox Church in Sofia. 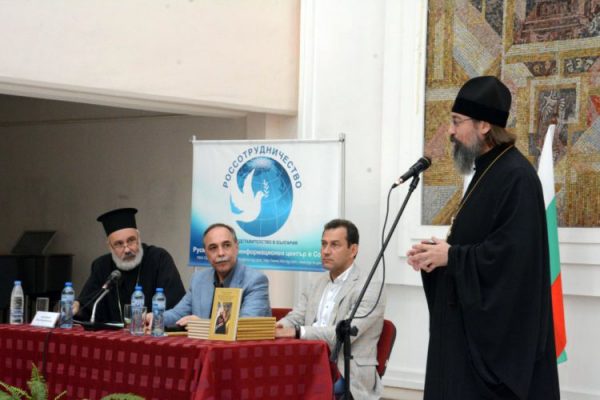 Taking part in the presentation were Metropolitan Grigorij of Veliko Tărnovo; Metropolitan Joan of Varna and Veliki Preslav; Archimandrite Gerasim (Georgiev), chief secretary of the Holy Synod of the Bulgarian Orthodox Church; archpriest Ioann Karamikhalev, translator of the book; Hieromonk Zotik (Gayevsky), secretary of the Russian Orthodox Church’s Metochion; and clerics of the Sofia diocese. 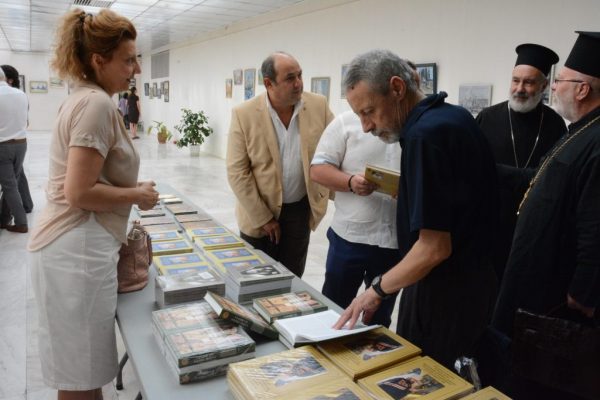 Among those present were also H.E. Mr. Boiko Kocev, Ambassador Extraordinary and Plenipotentiary of the Republic of Bulgaria to the Russian Federation, and Mr. Pavel Zhuravlev, acting director of the Russian Cultural and Information Centre in Sofia.