Source: The Sofia Globe
The Bulgarian Orthodox Church’s governing body, the Holy Synod, has rejected a government proposal to award the church ownership of Alexander Nevsky cathedral but without the crypt housing the country’s largest collection of icons.
Natalya Mihailova | 29 April 2014

The continuing disagreement about the issue of ownership of the cathedral, a landmark in capital city Sofia, is having dire consequences for the building as parts of it are crumbling in decay because no serious restoration and repair work has been done for many decades.

Not only is religious artwork under threat but there is concern that crumbling plaster could endanger worshippers and visitors to the cathedral, which apart from its primary place in the traditions of the Bulgarian Orthodox Church in Sofia also is a popular tourist attraction.

An absence of title deed documents has led to decades of a lack of clarity about which body owns the building – the church, the state or Sofia municipality.

A proposal has been made that the state and the municipality formally declare that they have no claims on the property, which would mean that the church would pay notary fees of about 15 000 leva (about 7500 euro). However, the state wants to hold on to the crypt.

The Holy Synod disagrees with not receiving the crypt and wants a deed to the entire building.

The state’s argument is that the permanent exhibition of icons in the crypt is world famous and Bulgaria should not be deprived of ownership of such a cultural institution.

Religious news website Dveri said that, however, no one mentioned that the icons were seized from churches and monasteries during Bulgaria’s totalitarian communist period and rightfully should be the property of the Bulgarian Orthodox Church.

The Dveri report said that some clergy were suggesting a compromise by which the state would help the Bulgarian Orthodox Church acquire ownership of the entire cathedral building in return for the Holy Synod agreeing to an extended grace period for the use of the crypt, after which it would pass into the exclusive use of the church.

Until the question of the ownership of the building is settled, the urgent overhaul required cannot begin. 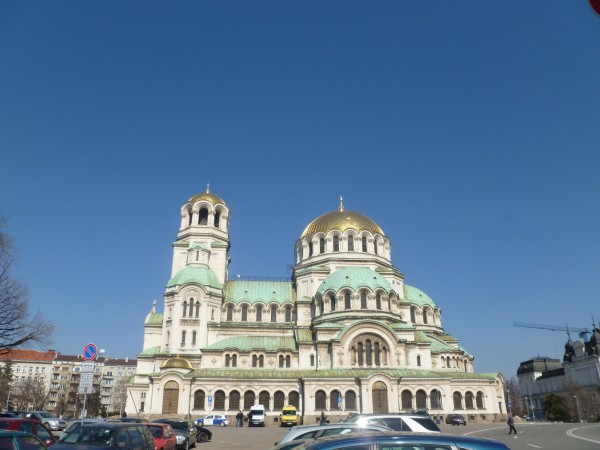 Local media said that at the time of the Boiko Borissov government, a proposal was made to the Bulgarian Orthodox Church for the Alexander Nevsky cathedral to be deemed to be state property, and funds from the European Union budget then used to pay for the repairs, after which the state would donate the building to the church. The Holy Synod declined this proposal, reportedly because the church would have to pay donations tax adding up to about four million leva.

The foundation stone for the church was laid in 1882, construction began in earnest in 1904 and was largely completed in 1912, and the building was consecrated in 1924.

Since then, only cosmetic restoration work has been done, including to the gilding of the domes in the past decade. 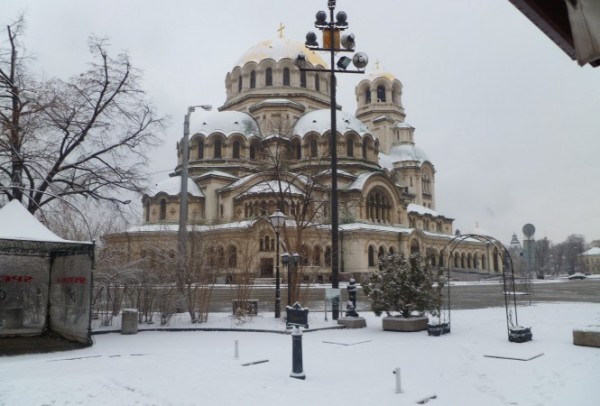 Reports said that clergy serving in the cathedral were worried that cracks to the ceiling and walls of the church building were making it dangerous, while moisture was doing severe damage to the paintings, which include works by renowned Bulgarian and Russian artists. In addition to the moisture problem, exacerbated by rain and melting snow leaking through cracks in the roof, soot from myriads of candles has collected on the paintings.

Estimates are that restoration of the paintings would cost at least four million leva and take several years to complete.

Most viewed articles
Open Doors warns of rapidly growing threat of digital persecution against Christians109
Saved? Not Yet94
Focusing On God Instead Of Ourselves82
Assembly of Bishops Announces Peace of Mind, a Training Program in Mental Health First Aid65
Metropolitan Anthony of Volokolamsk Makes a Working Visit to Paris63
Finding God Amidst the Noise38
Bishop Irenei of London and Western Europe visits the Memorial Church of St Job and the Church of the Resurrection of Christ in Brussels24
Most popular authors
Pravmir.com team152
Tola Mbakwe109
Archpriest Basil Ross Aden94
Fr. James Guirguis82
Archpriest Stephen Freeman38