Source: Focus Information Agency
Natalya Mihailova | 08 April 2014
Sofia. His Holiness Patriarch Neophyte of Bulgaria received in the building of the Holy Synod H.E. Ambassador of the Republic of Turkey to Bulgaria Suleyman Gokce at his request, the press centre of the Holy Synod announced. 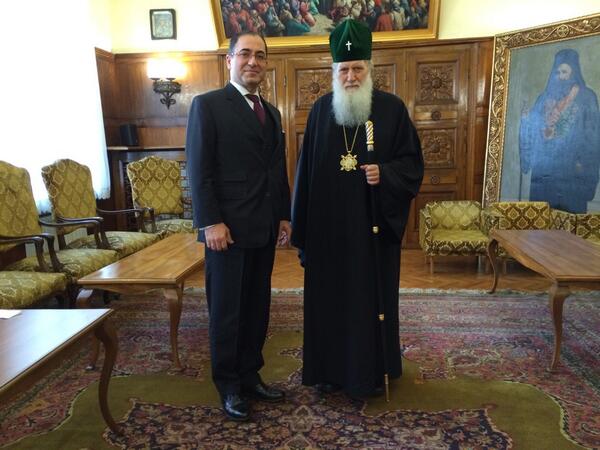 The meeting was held in a formal and friendly way.

The condition of the properties of the Bulgarian Orthodox Church on the territory of Turkey, the problems related to the flow of Syrian refugees, the condition of the Turkish minority in Bulgaria and of the Bulgarian minority in Turkey were discussed and the Patriarch and the Ambassador expressed their desire to aid cooperation and peace in the relations between the two peoples as well as mutual respect for the religions of the citizens of Bulgaria and Turkey.