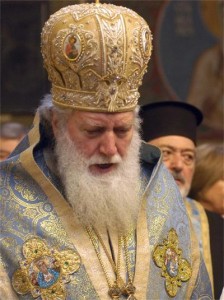 SOFIA — Bulgaria’s Orthodox Church on Sunday elected metropolitan Neophyte of the northern city of Ruse as its new leader after Patriarch Maxim died last November aged 98 after leading the church for over 40 years.

The bells of the golden-domed Alexander Nevski cathedral in downtown Sofia announced the election of a new patriarch by the 138 delegates at the church council Sunday afternoon.

Shortly after that, council speaker metropolitan Yosif announced that “Ruse metropolitan Neophyte was elected by the clergy and the people as Holy Bulgarian Patriarch and Sofia metropolitan.”

Neophyte won support from 90 delegates in a second-round ballot against Lovech metropolitan Gavriil, who was backed by 47 delegates.

A church procession accompanied the newly elected patriarch to the cathedral, where he was enthroned in a sumptuous ceremony.

Neophyte was clad in the green-and-gold patriarchal attire and put upon his head the white veil, symbol of his office.

The charismatic 67-year-old white-haired bishop, born Simeon Dimitrov, was one of the closest to the late Patriarch Maxim, from whom he took holy orders back in 1975.

He is generally acclaimed as an erudite man and one of the best diplomats of the Bulgarian Orthodox Church.

His reputation as one of the most deserving candidates for the patriarchal throne risked being marred last year after revelations that he was among 11 of the 15 top bishops of Bulgaria’s Holy Synod — the Orthodox Church’s highest authority — who were former secret intelligence agents under the Communist dictatorship.

Neophyte’s thin file however was later proven to contain mostly reports against him.

“I never wanted to defame anyone or benefit from the privileges of the Darzhavna Sigurnost secret police,” he then commented.

Neophyte had asked to be relieved from his duties as agent immediately after the regime fell on November 10, 1989.

The Bulgarian patriarch is elected for life unless he himself decides to step down.

He will now be entrusted with the key task of bringing disillusioned Bulgarians back to the church, which has been slow to play any significant role in society after being severely crippled during the 45-year communist rule.

Neophyte will also have to ward off increasing attempts by newly rich businessmen to meddle in the affairs of the Church seeking to profit from its huge property holdings.

A recent Gallup poll showed that 48 percent of Bulgarians considered the shady business contacts and recent displays of luxurious lifestyle by Holy Synod members as the biggest problem of the Church. 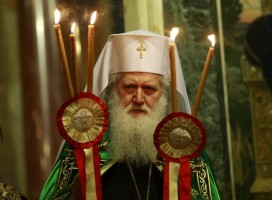