Source: Novinite.com
Natalya Mihailova | 14 February 2015
The Holy Synod of the Bulgarian Orthodox Church has proposed a better promotion of the country's sacred sites to tourists and their inclusion in pilgrimage routes. 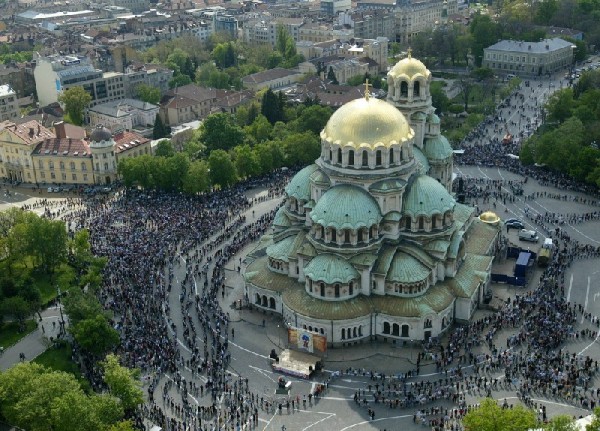 These issues were raised during the meeting of representatives of the Holy Synod, including Bulgaria’s Patriarch Neofit, and Tourism Minister Nikolina Angelkova, daily Dnevnik reports.

At the meeting it was agreed that the Holy Synod is to have a representative sitting at the national tourism council.

At this stage the representative of the Holy Synod will have no right to vote, but will be allowed to participate and make statements at the meetings of the national tourism council.

An agreement for partnership between the Bulgarian Orthodox Church and the the Ministry of Tourism is expected to be concluded soon.

The opportunities for the promotion of holy sites – monasteries, churches, miraculous icons and holy relics, and their inclusion in tourist packages were also discussed during the meeting.

According to the representatives of the Holy Synod, pilgrimage tourism remains underdeveloped in Bulgaria.

Minister Angelkova stated that significant Orthodox monuments should be identified, which could be included in pilgrim routes.

The participants in the meeting discussed a mechanism through which part of the admission fees to sacred sites should be allocated for their maintenance and improving access for tourists.

The use of Orthodox temples for tourist aims will be regulated, so there is no disruption to order and the information presented to tourists should be accurate and compatible with Orthodox traditions.

The Holy Synod is to present a list with significant Orthodox temples and artifacts, which should be the focus of thematic movies and other materials promoting tourism in Bulgaria.

Most viewed articles
The Trap of Religiosity113
Patriarch Daniel explains why the Hesychasts were the most sought-after spiritual fathers and what is a prayerful reason105
Bishop Nicholas of Manhattan visits Holy Cross Monastery in West Virginia84
Lord, Save Me!75
Why Everything Is Important (but not the stuff you might imagine)69
25 Years of Help: the Ship-Church Goes On its 25th Voyage to Distant Villages46
Condolences of Patriarch Kirill over the death of believers in the fire that broke out in Abu-Seifein Church in Cairo45
St. Tikhon Church to host Liturgical Music Symposium in October 202241
Ukrainian Church Celebrates Metropolitan Onuphry’s 8th Anniversary of His Enthronement21
Most popular authors
Pravmir.com team237
Vasileios Stoyiannos113
Aurelian Iftimiu105
Fr. Theodore Stylianopoulos75
Archpriest Stephen Freeman69