Can We Know for Sure Who is Saved? 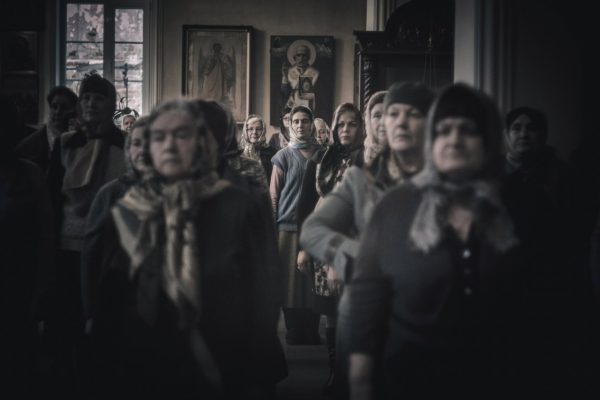 There are a number of people who are fairly certain that they can know—not guess, but know— who is lost and who is saved. Others on the opposite end of the omniscience scale assert emphatically that no one can know for sure if any particular person is lost or saved. The first group claim that total certitude is possible about such things; the latter group opts for total agnosticism. I quote representatives from both camps.

A few years ago in our parish a convert from the Mennonite faith was discussing Orthodoxy with the father of another young man who also had recently converted. The father was concerned for his convert son’s soul, for in leaving Protestant Evangelicalism, the father believed that his son had left Christ. The former Mennonite knew how to speak “Evangelicalese” and strove in that language to convince the concerned father that his son still believed in Jesus and was not apostate. At the end of two hour’s discussion, he said to the father, “Let me ask you this: do you believe that I’m saved?” The response was immediate and emphatic: “I know you’re not.”

The other example is more recent, and comes from the blogosphere. In the comments section of a piece written in First Things, one commenter got a little off topic and mentioned Osama bin Laden. He wrote, “The one person I know who sold his soul to the devil is now burning in hell! Osama bin Laden is definitely not being taken care of by 72 virgins but rather, being toasted like marshmallow and hotdog by the devil and his cohorts. He’s now wailing and gnashing his teeth for being fooled by the same being he sold his soul into.” This elicited the reply from another commentator, “By what means do you know this, good sir? For this is more than I know.” The latter commentator was clearly reluctant to pronounce definitively on the state of anyone’s soul, not just bin Laden’s.

What are we to make of all this? Is certainty possible in any particular case? In a few cases, I suggest that such certainty is possible—namely, in the cases of Judas Iscariot, the devil, and his angels, the demons. I say this on the basis of Christ’s words. Regarding Judas He said that he was “a devil” (John 6:70), and a “son of perdition”—i.e. someone lost (John 17:12), and that it would have been better for him if he had never been born (Mark 14:21). By any plain and unbiased reading of these texts, Christ is saying that Judas will not be saved. It is the same with the damnation of the devil—the Scripture plainly states that he will be “cast into the lake of fire and brimstone, where the beast and the false prophet are also, and they will be tormented day and night forever and ever” (Revelation 20:10). Similarly with the demons: Christ spoke of Gehenna as having been “prepared for the devil and his angels” (Matthew 25:41), which would be odd if the devil and his angels will somehow avoid it. Note that in these cases, one is not left guessing because one possesses a clear and authoritative word from Christ on the very subject. Speaking with certitude in these cases does not indicate hubris on the part of the speaker, but humility: Christ has given His verdict, and a humble heart will accept it, even if it trembles all the while.

But, it seems to me, all other cases must partake of less certitude. The New Testament tells us who will be lost in the sense of “what kind of person” will be lost, but that is all. It does not attach an authoritative list. Thus we read that a person will be lost if he is one of those who is “selfishly ambitious and who [does] not obey the truth, but [obeys] unrighteousness” (Romans 2:8), if he who “practice such things” as “the works of the flesh” (Galatians 5:19-21), if he hates his brother (1 John 3:15), if he “[does] not obey the Son” (John 3:36). That is, we are offered the profile of the damned, but not God’s verdict on any particular individual about whether or not they fit that profile. And surely it is easy to see why? God wants us to look mostly at our own sins, not the sins of others; the Judge of all the earth does not require our help in this regard.

This means that for some people we may have almost no knowledge of their interior state (and thus of their eternal fate), and for others we may have greater or lesser degrees of knowledge. For example, I do not know for absolute certainty that Mother Teresa (that happy and oft-used example) will be saved. But if I had to place a bet, I think it is highly probable—so highly probable, in fact, that the psychological degree of probability is indistinguishable from certainty.

Or take the other unhappy example of Osama bin Laden. I do not know for absolute certainty that he was damned, and that he is now “being toasted like marshmallow and hotdog by the devil and his cohorts”. It is possible that before he was unexpectedly shot and killed he had re-thought his whole life and repented. The same with Hitler (and other oft-cited example of someone lost). I do not know that he is damned. Possibly just as he pulled the trigger to blow his brains out he too repented. But the element of doubt in my mind about his damnation is not very large. I do know that the plea of “invincible ignorance” as a defense will only go so far, and probably not far enough to cover the cases of bin Laden and Hitler. I would still say that the fact their damnation is “more than I know”. But most of the things on which we base our life are degrees of probability, not absolute certainties.

For example, I do not know that the lottery ticket in my hand (that is, my metaphorical hand; I never buy lottery tickets) is not the winning ticket, and that I will not soon be five million dollars richer. But the astronomical odds against it serve to reduce the high probability to a virtual psychological certainty. (That, of course, is what makes the actual winners so news-worthy.) I do not know for absolute certainty that I will not be struck by lightning today after I get out of bed (about 330 people are struck by lightning each year in the U.S.), but the high degree of probability is in my favour and so I will live the day as if I knew it would not happen and not keep looking nervously skyward if it begins to rain. The same thing attends other basic beliefs that govern our lives—pretty everything is a matter of probability, not of mathematical certainty, but to live sanely we often must collapse the two into one.

I suggest therefore that although we cannot know for absolute certainty that certain individuals are damned, about a spectacular few of them we can hazard a pretty good guess. A better question though than “Will this person be saved?” is “What does God want me to do today?” Regarding that question, we can have complete certainty. 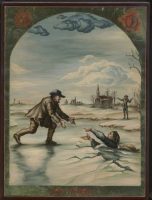 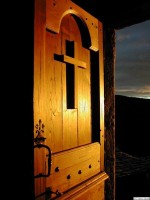 Do All Non-Orthodox People Go to…
Fr. Bill Olnhausen

Orthodox theologian Georges Florovsky was even bolder when he wrote, "Outside the Church there is no…