Is There Grace Outside the Church? 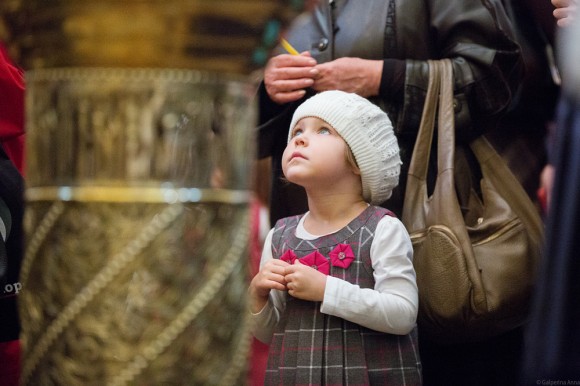 Is God’s grace received only by members of the Church or can there be grace outside the Church? Are only Orthodox Christians saved? Before we address these questions, let us explain briefly what grace is. “Grace is the Uncreated Divine energy or power of the Holy Trinity, given to us from God the Father, through God the Son, by God the Holy Spirit.” The Holy Trinity always acts in creation through a common action. Without God’s grace there is no salvation, no spiritual life, no eternal life. Although grace is simple and one, it bestows different gifts to those who partake of it, depending upon the need of each one, and upon one’s degree of receptivity. We partake of God’s grace primarily, though not exclusively, through the Holy Mysteries (Sacraments), especially through Baptism and Holy Communion, and through the ascetical life, primarily prayer.

Grace is God’s gift to man, includes existence, life, intelligence and salvation. According to the teachings of Saint Gregory Palamas, the entire creation partakes of God’s Divine energies. Everything partakes of God’s Creative energy (inanimate objects). Certain beings partake also of God’s animating energies (living creatures). Furthermore certain beings partake of God’s reason-bestowing energies (intelligent beings, men and Angels). Finally “only those among the Angels who kept their rank, and those among men who returned to the supernatural dignity given above to the intelligent beings partake also of God’s deifying energy and grace” (Saints and Angels). This last grace is the grace of which we speak here. Is this saving, sanctifying and deifying grace found outside the Church?

According to the teachings of the Orthodox Church we obtain God’s grace only in the Church, for outside the Church, the Body of Christ, there is no sanctifying grace, the grace through which we obtain salvation or union with God, is found only in the ark of salvation, the Holy Church, the theanthropic Body of Christ, because Christ is OUR Savior and our Salvation. The position of the Church has been stated once for all through Saint Cyprian of Carthage:

“Extra ecclesiam nulla sulus–There is no salvation outside the Church.”

Is there everyone outside the boundaries of the Orthodox Church damned? Not at all. In explaining, however, how can this be possible, certain theologians have given an answer incompatible with the belief in the uniqueness and oneness of the Church, with devastating consequences.

The Orthodox position has been expressed by Saint Athanasius the Great who, in explaining why God did not save man through a command or an act of will, says He did not act this way, because, although He would have demonstrated His power, man would have become as Adam was before the Fall. “The grace he would have received would have been external and not incorporated into his body.” This distinction, external-internal, is the key to understanding how salvation is possible outside the Church. Saint Diadochosk, Bishop of Photiki (5th century), who draws from Saint Athanasius, provides a more direct explanation:

“Before Holy Baptism, grace encourages the soul toward good from the outside, while Satan lurks in its depths, trying to block all the intellect’s ways of approach to the Divine. But from the moment we are reborn through baptism, the demon is outside, grace within. Thus, whereas before Baptism error ruled the soul, after baptism Truth rules it.”

This terminology offers us the correct solution to this thorny problem. Grace acts from the inside only within the Body of Christ, the Orthodox Church. One is born spiritually through baptism. Grace is implanted and grows through the Mysteries (Sacraments), particularly Holy Communion.

The unbaptized are unborn, therefore grace does not act in them from within. However, to the extent of one’s receptivity he or she can respond to the impulses of the Holy Spirit, Who acts from the outside on all creation.

“What Moses had, which shone on his face after his conversation with God, so that men could not see it from the brightness, the Apostles had it within their soul constantly and in even greater degree” (Ex. 34:30; 2 Cor. 3:7).

Saint Seraphim of Sarov, in explaining the Johanine statement, “for as yet the Spirit had not been given, because Jesus was not yet glorified” (St. John 7:39), says that this does not mean that the Spirit of God was not in the world at all, but [that] His presence was not so apparent as in Adam or in us Orthodox Christians. It [was] manifested only externally; yet the signs of His presence in the world were known to mankind…The grace of the Holy Spirit acting externally was…reflected in all the Old Testament Prophets and Saints of Israel…though not with the same power as in the people of God, nevertheless, the presence of the Spirit of God also acted in the pagans who did not know the True God, because even among them God found for Himself chosen people.

Finally, professor Pheidas summarizes the Orthodox position on grace and salvation outside the Church:

“Patristic tradition teaches that Christ, through His overall redeeming work, is the Source (pege) of Divine grace, and the Holy Spirit is the Bestower (horegos) and the Operator (ho energon) of Divine grace is the faithful.”