Cardinal: Meeting between Pope and Patriarch in Belarus could help resolve Ukraine crisis

Source: BelTA: News from Belarus
Natalya Mihailova | 08 July 2016
MINSK, 7 July (BelTA) - A possible meeting between the Pope and the Patriarch of Moscow and All Russia in Belarus could help resolve the crisis in Ukraine, Cardinal Christoph Schonborn of Vienna said in an interview with the official website of the Roman Catholic Church in Belarus, BelTA has learned. 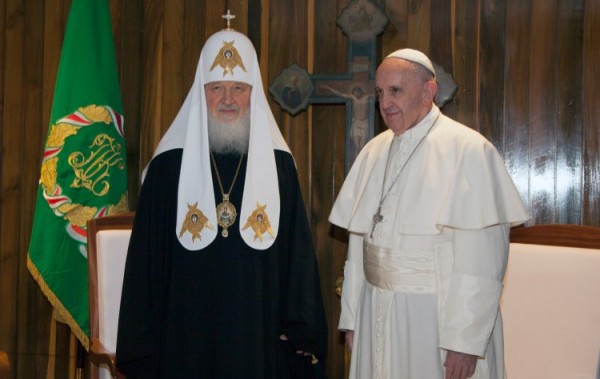 “I know about the meeting in Havana only what I have learned from the media. Neither do I know any details about the meeting of your President with the Pope. However, judging by what I have seen here, Belarus could play the role of a mediator between the Catholic and Orthodox churches. In today’s environment it is crucial that Belarus is not involved in the Russian-Ukrainian conflict. Such a meeting on the Belarusian land could help resolve this conflict,” the Cardinal said in the interview with the catholic website.

The hierarch made it clear that there are yet no arrangements about this meeting. “But, of course, the meeting can happen only when the other parties also wants it,” he noted.

Christoph Schonborn visited Belarus in the capacity of papal special envoy for the commemoration of the 25th anniversary of the Minsk-Mogilev Diocese, which were held in the national sanctuary in Budslav on 1-2 July.