Catechetical talks held with people of Russian-speaking community in Turkey

Source: DECR
Natalya Mihailova | 13 November 2015
With the blessing of His Holiness Patriarch Kirill of Moscow and All Russia and His Holiness Patriarch Bartholomew of Constantinople, Father Thomas Dits of the Monastery of the All-Merciful Saviour in Moscow, was on a visit to Turkey from October 26 to November 8, 2015, for holding catechetical talks with members of the Russian-speaking communities in several Turkish cities. 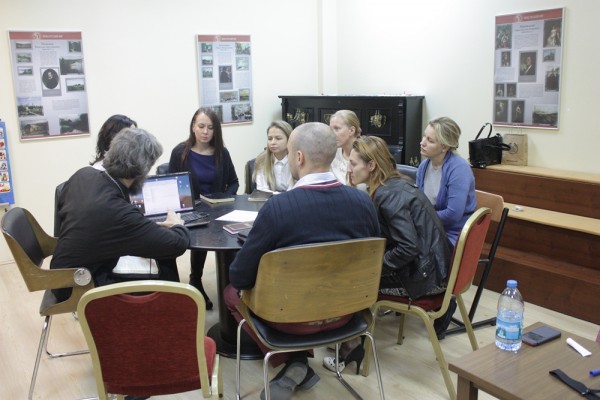 In the beginning of his mission, Father Thomas visited the Patriarchate of Constantinople, where he met with the Great Archimandrite Bessarion (Komzias), who introduced his guest to the state of church affairs in Izmir and Ankara. Father Thomas also visited the Istanbul representation of the Russian Athonite Monastery of St. Panteleimon. 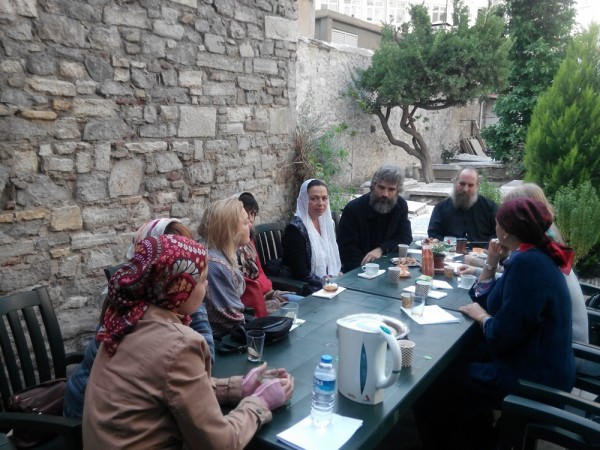 On November 2 and 8, Father Thomas celebrated at the church of the Holy Martyr Photinia at the Greek consulate in Izmir, after which he conducted catechetical talks with Russian-speaking residents of the city. On November 1, he celebrated the Divine Liturgy at the same church together with its rector Archimandrite Cyril Zikis (Patriarchate of Constantinople). All those who wished so made confession and took communion.

From November 2 to 8, Father Thomas held catechetical talks with people from Russian-speaking communities in the Turkish capital. The meetings were held at the building of Russian Culture Association. His stay in Ankara concluded with a common prayer. The members of the community expressed the wish to have a permanent chapel or church.