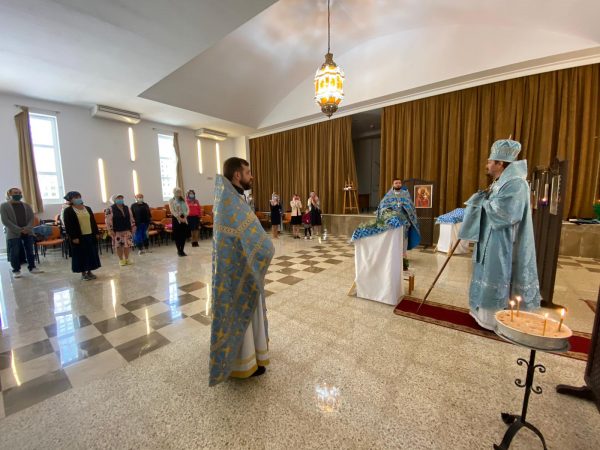 On October 13, 2020, a meeting took place between Archbishop Nestor of Madrid and Lisbon and Archbishop of Granada Francisco Javier Martinez Fernandez. They were joined in their talk by Archpriest Andrey Kordochkin, secretary of the diocese, reports the website of the Russian Orthodox Church.

As a result of the meeting, an agreement was reached to transfer the church of St. Bartholomew in Granada, Spain, located in the center of the city, to the Russian Orthodox parish in Granada for use. The Community of the Protecting Veil was incorporated in the diocese in 2018.

The following day, the feast day of the Protecting Veil of the Most Holy Mother of God, Archbishop Nestor celebrated a solemn divine service at the parish in Granada on the occasion of the patron saint’s day. The hierarch was assisted by secretary of the diocese Archpriest Andrey Kordochkin, Archpriest Mikhail Ustimenko and Rev. Valeriy Baidak.

After the prayer behind the ambo, His Eminence Nestor addressed the congregation with words of greeting.

After the Divine Liturgy, the hierarch discussed with parishioners prospects for developing the parish and moving to the new building offered to the parish by the Catholic Archdiocese of Granada, the website of the Diocese of Spain and Portugal reports.