Source: Interfax-religion
Natalya Mihailova | 30 December 2016
Moscow, December 30, Interfax - Patriarch Kirill of Moscow and All Russia believes a result of the old year is that the most serious world problems have found settlement. 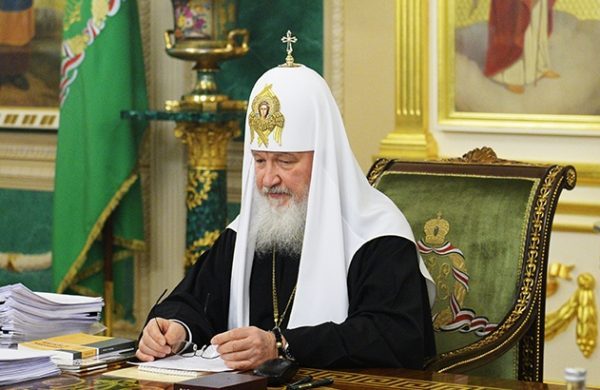 “Perhaps, the greatest problems that our country and the whole world faced started settling thanks to God’s grace. First of all, I mean very dangerous political situation in the Middle East, in Syria,” the patriarch said at the session of Supreme Church Council.

According to him, Russia and some other countries that belong to the canonical care of the Russian Church were in a difficult situation in the old year, “but in spite of many sorrows and difficulties, which we went through, this year has been successful.”

The primate believes that “there have been certain changes that saved this crisis and the whole human race from perhaps very dangerous political development.”

Most viewed articles
What Does It Take for Us to Have a Heart for God?153
You Are Not Alone – And Neither Is God115
Thank God at All Times106
Metropolitan Onuphry: Martyrs Are an Example of Greatest Love for God95
His Grace Bishop Alexis Returns from Visit to Russia75
Patriarch Kirill’s condolences over the death of people in a car crash in western Bulgaria72
Pastoral Message from Metropolitan Tikhon for Thanksgiving Day 202154
I Cannot Change God’s Will. Does It Mean that Prayer is Useless?2
Most popular authors
Pravmir.com team242
Archpriest John Moses (+2019)153
Archpriest Stephen Freeman115
Priest Luke A. Veronis106
Metropolitan Tikhon of All America and Canada54
Fr. Eugene Murzin2