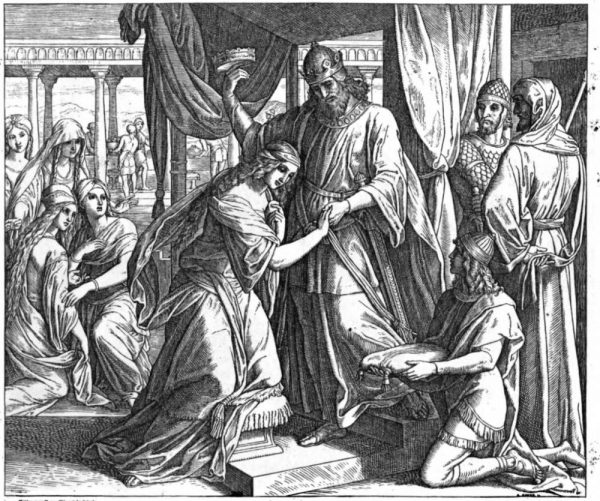 In the last couple of weeks, I have been going over the books of Ruth and Esther in the Old Testament in the parish in which I am a temporary supply priest. And, I have been surprised at some of the underlying themes in both books. They tend to be themes of women’s equality that do not match with what has been common in many parts of world history. The more I read the Bible and very early Church history, the more that I think that we have left some of the lessons from those days.

Both the Books of Esther and Ruth show women who are somewhat outside the expected norm. On the one hand, Ruth is a Moabitess. This was an ethnic group that was forbidden to marry into the Israelites, but there she was. And, she became the mother of King David and the great-great-great-great-etc.-grandmother of Jesus. Notice that, under the guidance of Naomi, she is the one who initiates more than once, to the point that she is the one who asks Boaz to marry her. While she works within the strictures of the Law and her culture, nevertheless, she and Naomi take a rather forward role in her future. It is a role that would not be expected of women in her time.

In the same way, Esther sets up a trap for the unwary Haman that works precisely because he cannot conceive of women being at the same level as men. Esther has a lot to overcome. She is forced into the King’s harem and faces a life of concubinage. Nevertheless, she stands up for her God, and show enough wits that the king marries her. Later on, her wits, with the assistance of the Holy Spirit, are great enough to ensure that Haman ends up getting sentenced to death and hung.

Both Esther and Ruth show us a God who is quite willing to recognize women in roles that are not normally approved by the culture in which they live. Both women break the local social taboos in order to gain their goal. In fact, it could be said that both women show behaviors that are at the extreme edge of their cultures, maybe even going beyond what their culture would normally tolerate. However, in each case, God comes down on the side of the woman and says that cultural limitations need not reflect the will of God. Note that I could also cite Scriptures that show that there is a correct time to self-limit to the cultural expectations, but that is not what is being discussed in this article. 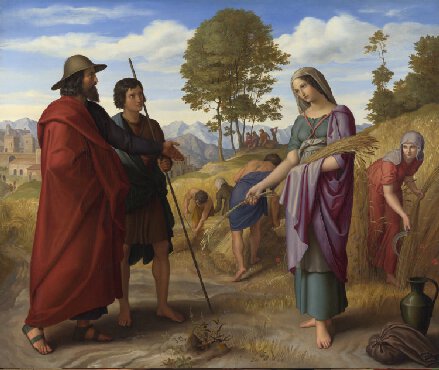 As a result of the political debates today, among some politically conservative Orthodox and Evangelicals, we are seeing a return to the 1950’s or before. Or, another way to phrase it is that we see an increasing number of males–with some females–arguing that women’s roles, dress, and attitudes need to return to the 1950’s. When the recent political polls came out that showed that Trump would win a presidency if only the election were held among males, many people immediately began a hashtag that said to repeal the IXXth Amendment, or  women’s right to vote. The fact that this was even a hashtag shows how determined some people are to return the USA to a time when neither women nor minorities had much influence in this country. Should I mention that I recently saw a link on Facebook to a talk in which a politically conservative woman argued how bikinis, and the song, “She wore an itsy-bitsy yellow polka-dot bikini,” was evidence of the knowledge that we needed to turn back the clock?

But, this would be a return to a time when married women could not get a credit card without their husbands signing for it. Or that divorced women and single mother could never get a credit card. We forget just how bad it was for women back then. The Books of Ruth and Esther remind us that women were often mistreated or forced into a system in which they had little say in the direction of their lives. They also show us heroic women who broke molds and received the great approval of God. It is Ruth, the Moabitess, who gains the approval of God for her forward actions. It is Esther, the Queen who plots and prays, who saves the Kingdom. It is Mary who bore Jesus. It is the women at the Tomb who were the first witnesses to the Resurrection. It was the very Early Church who declared several women as Equal-to-the-Apostles. I suspect that any woman today who would qualify for that title would be undermined by many of our men, who have been able to gain the ascendancy over the last several centuries. I have no doubt that we have women today who would qualify for Equal-to-the-Apostles, except for the men who oppose them.