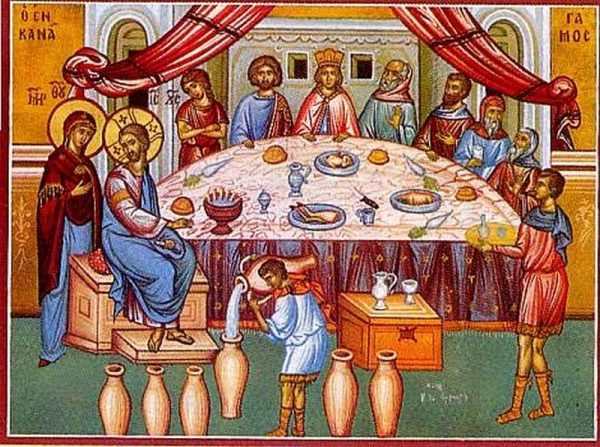 When our children were young, the saying developed, “because Mama said.” It was the answer to many issues. So, one girl would say to another girl that it was time to come in to dinner. The inevitable answer seemed to be, “Why?” But, the magic winning riposte was when girl one would answer girl two by saying, “because Mama said.” Somehow, Papa’s word never quite carried the same weight.

That continued into the teenage years. The phrase was shortened to simply, “Mama said.” For instance, “Mama said for you to stop taking my clothes without permission.” In later years, the now-grown-up sisters laugh as they recall, “Mama said.” It must be admitted that, to this day, “Mama said,” still has the power to both make us laugh and to cause a pause before deciding whether to follow the advise or not. Mama still  has power.

The Bible has a classic Mama story, the story of a grown-up child interacting with Mama after Mama has decided that something needs to happen. You know the story. It is the Wedding Feast at Cana.

Jesus said to her, “Woman, what does your concern have to do with Me? My hour has not yet come.”

His mother said to the servants, “Whatever He says to you, do it.”

Yes, the classic story involves both the Theotokos and Our Lord Jesus Christ. And, yes, it is a classic. Mary wants Jesus to do something. Almost like a teenager, an apparently exasperated Jesus says that it is not time for him to begin his ministry yet. I can almost see the eye-roll that appears to be involved. He argues with his mother that she is wrong.

Notice that Mary does not even deign to answer him. She is Mama. All she does is turn to the servants and tell them to do whatever he tells them to do. Another way to say it is that “Mama said.” Jesus gives up. The water is turned to wine and Jesus’ first miracle has been performed. And, it was performed because, “Mama said.”

Yes, I do believe in the intercession of the Virgin Mary. The Book of Revelation shows that the saints who are awaiting the Resurrection of the Dead are aware of what is happening here on Earth. And, I do believe that he listens to her in a special way. After all, I know the power of “Mama said.”