Be All That You Can Be: Character Development in Eastern Orthodox Christianity 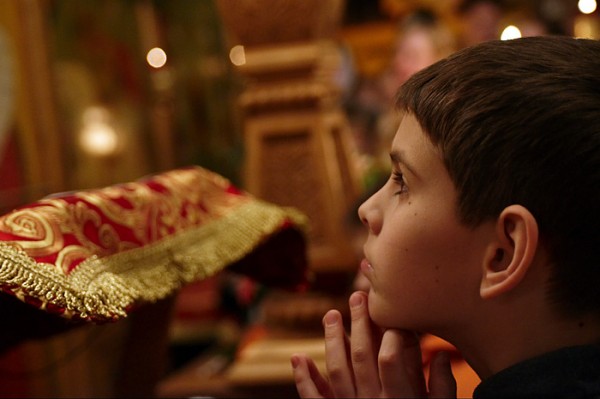 I was asked recently if it is still possible to raise children with character in our culture.  The person who asked wondered because many societal institutions—including many churches—seem to excuse all kinds of behavior because it is much easier and more popular just to pat people on the back than to call them to be all that they can be.  Okay, that sounds too much like those old Army recruiting ads.  Nonetheless, the point is clear: if raising everyone’s self-esteem by watering down substantive visions of the good life is our preferred mode of operation, then heaven help us if we want our kids to worship anything other than their own self-centered desires.

That’s not to look down upon our children; it’s to tell the truth about ourselves. Self-centered indulgence in money, material possessions, whatever kind of sexual pleasure we desire, and getting our own way at home, church, the office, and in politics, have become our false gods.  We worship at their altars whenever we replace the high standards taught by Jesus Christ in the Sermon on the Mount with whatever is convenient or easy or popular.  These matters cut much deeper than American political divisions or where we like to place ourselves in the culture wars.  The way of Christ remains the way of the cross as an indictment of all human schemes to usher in a kingdom that suits us or to make God and neighbor in our own image.

As someone has said, Orthodox Christianity is the right religion for the wrong people.  In other words, we are all sinners who stand in constant need of the mercy of Jesus Christ.  Nonetheless, we have the benefit of a Church that tells it like it is.  No matter how much we want to spend our money simply on ourselves and to disregard the needy, what we do to the least of these, we do to our Savior.  No matter how much we want a certain politician or political philosophy to triumph, Christ’s kingdom is not of this world and we must love our enemies, even those who vote what we believe to be the wrong way.  No matter how inclined we may feel toward romantic fulfillment outside of the bonds of faithful, monogamous marriage between a man and woman, that is the only kind of intimate union known in the Body of Christ as a sign of the relationship between Christ and the Church.  No matter how hard we may find it to love people whose culture, belief, or way of life is different from ours, they all bear the image and likeness of God and we must bless them and pray for them, not curse and hate them.

My experience is that mainstream American culture will have a hard time making sense of pious, sincere, and humble Orthodox Christians who do not fit into their stereotypes of the right or the left, of the traditionalists or the progressives.  That is because the Church does not form us to live according to worldly categories, but according to those of a Kingdom that is not of this world and in which the first shall be last and the last first.  The cross—which is foolishness in the eyes of the world—is at the heart of the character that we seek to embody:  selfless, forgiving, faithful love that will literally die before abandoning the Lord and those who bear His image and likeness.

Anyone who knows me will know that I fall well short of such a vision of human existence.  The truth is that we all do.  But one of the great glories of Orthodox Christianity is that we still speak the truth, we do not shy away from proclaiming what it means to be a human being in the image and likeness of God.  Forgive the examples, but we expect physicians to be held accountable to high standards because people’s lives are at stake.  Military training is serious business because warfare is literally a matter of life and death.  Airline pilots have to know what they are doing for the same reason.

Orthodox Christians know that who we become through the thousand small details of each day is also a matter of life and death, for it is through our words, deeds, and thoughts that we grow in the new life that Christ has brought to the world and turn away from the soul-destroying corruption of sin.  The Church sets us on a trajectory for the fulfillment of our calling to become ever more like God as we grow in holiness, faith, hope, and love.  This kind of character transcends morality and civic virtue to become an icon of our salvation, a sign that human beings may participate by grace in the eternal life of the Holy Trinity.

So, yes, it is possible to raise children with character in our culture.  It is possible for everyone to become more fully who we were created to be in God’s image and likeness.  The theology, worship, and other spiritual disciplines of the Orthodox Church point the way and provide all the resources that we need.  The only question is whether we will use them to be all that we can be to the glory of God.