Chicago: Parishioners march for peace in the Little Village

Source: OCA
Natalya Mihailova | 22 August 2014
On Friday, July 25, 2014, members of Christ the Savior Church, Chicago, joined community organizations and neighborhood residents in the city’s Little Village neighborhood to promote peace at a time when rates of violence in the Chicago are rising. 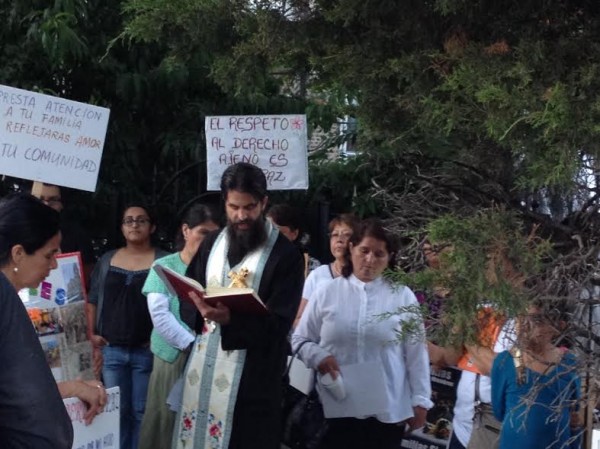 “On behalf of the Little Village community, we want to thank everyone who came out to the Peace March and who prayerfully supported the initiative,” said Kathryn Bocanegra. “It was a great success, with over 150 people participating in the march and many community residents who have been personally impacted by violence. We heard poems, reflections, and prayers from community mothers who lost their children to violence.”

“Our parishioners carried icons throughout the streets,” said Father John. “The presence of our parishioners showed compassion and concern for the daily struggle of people in the Little Village neighborhood.”

Marchers met at Saint Agnes Catholic Church and made their way to Farragut High School, stopping along the way on four blocks on which there had been shootings and homicides.