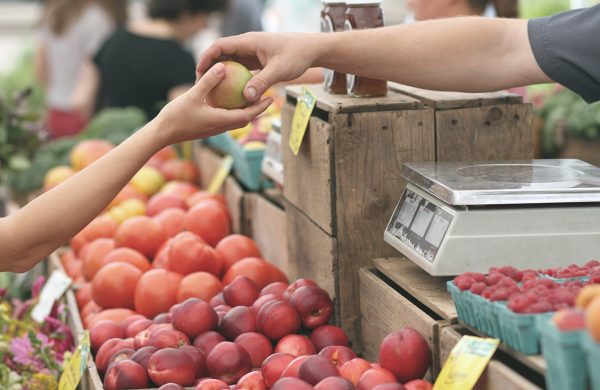 In Russia, prices for food are rising. From March 16 to March 22, chicken meat has risen most of all – by 1.5%. In general, prices in Russia increased by 0.2% for the week and by 2% since the beginning of the year, Fontanka reports. Pravmir.ru has collected information about food products, as well as other goods and services that may rise in price in 2021.

Food industry enterprises warned the Federal Antimonopoly Service (the FAS of Russia) about a possible increase in prices for food products. The reason is the increase in the cost of packaging by 10-15%.

The enterprises are asking the FAS to check the validity of the increase. In turn, package manufacturers claim that they themselves are seriously affected by the rise in prices for raw materials, also due to the closure of a number of industries in a pandemic. The RPS appeal states that since the end of 2020, members of the union have received warnings about an average increase in prices for plastic packaging by 10-15%, Kommersant notes.

As one of the market participants told the edition, in the companies “Pishche-Poly-Plast” and “Komus-Upakovka” the price for packaging has increased by 10% since February 15.

Large fish companies may refuse to catch Iwashi sardine and mackerel – the cheapest fish in Russia. Business may become unprofitable, as the cost of customs clearance of ships purchased abroad will increase.

Far Eastern companies “Tralflot” and “Sofko” warned of the risks of “large-scale disruptions” in the Iwashi sardine fishery. This, in turn, may affect the rise in prices for some types of fish products, RBC reports.

Now Iwashi sardine is the cheapest fish in Russia. One kilogram of this fish costs 40-45 rubles from fishermen. By next year it can rise in price by 20-25%, Forbes reports.

Producers have proposed to Russian retail chains to raise purchase prices for poultry and eggs up to 10%. The reason is the reduction in the supply of chicken meat and eggs due to bird flu.

Producers also noted the increased cost of the feed base and the reduction in the number of poultry, according to Izvestia. According to the head of the executive committee of the National Meat Association, Sergei Yushin, feed components such as grain, meal, amino acids and vitamins are becoming more expensive by 30-100%.

Russian retailers have warned about the rise in prices for clothing and footwear due to higher purchase prices. Both cotton and knitted fabric went up in price by 20-30%, other materials – up to 20%. The cost of materials is tied to the dollar exchange rate, which is constantly changing.

The final price for cotton products will grow by 20-30%, Sofia Kofmann, head of Marc O’Polo AG, shared her forecast with Kommersant.

The Independent Fuel Union (IFU) believes that petrol prices in Russia could rise by 14%. The IFU warned the Prime Minister of the Russian Federation, Mikhail Mishustin, about this and asked to take measures to prevent a sharp increase.

Petrol prices rose by more than 18.5% from December 1, 2020 to March 17, 2021, according to the St. Petersburg International Commodity Exchange. Usually during this period, the market value of fuel fell, according to the newspaper “Izvestia“.

In Russia, tariffs for heat and electricity may rise. The reason is the increase in waste collection for mining equipment. The fees for special equipment can rise from 2 to 4 times, Kommersant reports.

However, the Ministry of Energy said in February: the increase in electricity tariffs for the population of Russia in 2021 will not exceed 5%.

In the coming year, the cost of new cars will grow by 10-15%, according to Gazeta.ru. An increase of the utilization fee will play an important role in this and the devaluation of the ruble will cause the final leveling of auto companies’ prices.

Doctors were rude to a mother whose son had epilepsy. Story about how the family learned to live with this

When Miron was a year and a half old, his parents were told, “Your son shows no brain…