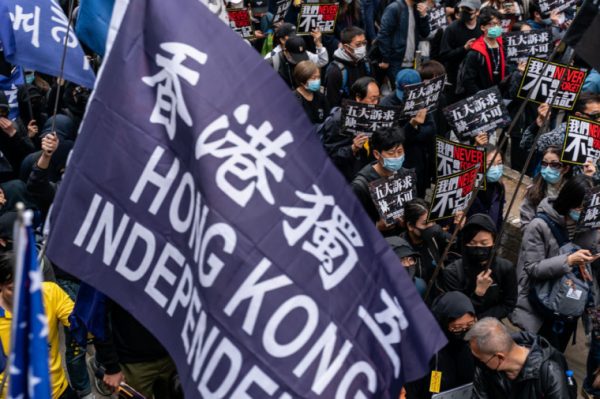 Chinese Christians involved in Hong Kong’s pro-democracy protests have been subject to heightened persecution at the hands of the Communist government that continues to view people of faith as a hostile force endangering its regime.

According to religious liberty magazine Bitter Winter, many Hong Kong Christians have been active in the region’s ongoing anti-government demonstrations calling for democracy, amnesty for more than 6,400 people arrested so far, and an independent investigation into police actions.

In response, some local authorities in Mainland China are using Hong Kongers’ participation in the protests as an excuse to oppress all Christians, even those who belong to the state-sanctioned Three-Self church. Under Chinese law, places of worship must register and submit to government oversight.

On Oct. 28, 2019, when a Three-Shelf church in Anyuan county under the jurisdiction of Ganzhou city in the southwestern province of Jiangxi came to the local Religious Affairs Bureau to renew the church’s permit, they were informed by an official that “It was decided at a meeting that all religious meetings should be banned and churches must be shut down.”