Choirs of Russian Church and Vatican give joint concert in Rome

Source: Interfax-religion
Natalya Mihailova | 13 December 2016
Moscow, December 12, Interfax - A joint concert of the Sistine Chapel Choir and the Moscow Synodal Choir took place in the Basilica of St. Maria of the Angels and the Martyrs in Rome on Sunday. 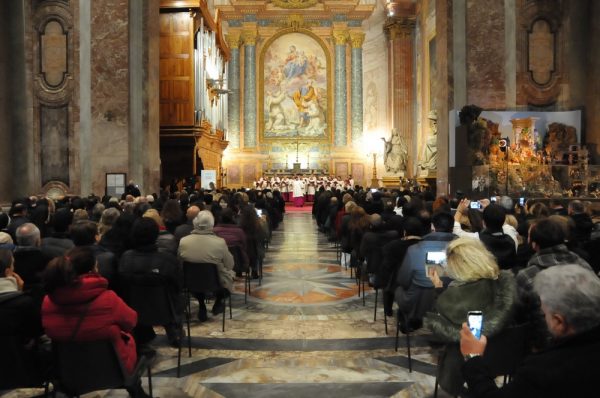 “The concert took place in the framework of cooperation between the Russian Orthodox and Roman Catholic Churches. Participants performed works by Italian and Russian composers such as Giovanni Palestrina and Sergey Rakhmaninov,” Interfax-Religion was told by the Moscow Synodal Choir.

The choir is touring Italy on December 10-13.

Last weekend the choir attended the nightlong vigil and Liturgy in the Russian St. Catherine’s Church in Rome. Now it is heading for Bari where it will perform on December 12 on the Day of St. Nicholas. It is in Bari where the relics of the saint highly cherished in Russia rest.

The Moscow Synodal Choir will also take part in the “Russia and Italy through the centuries” festival in Naples.