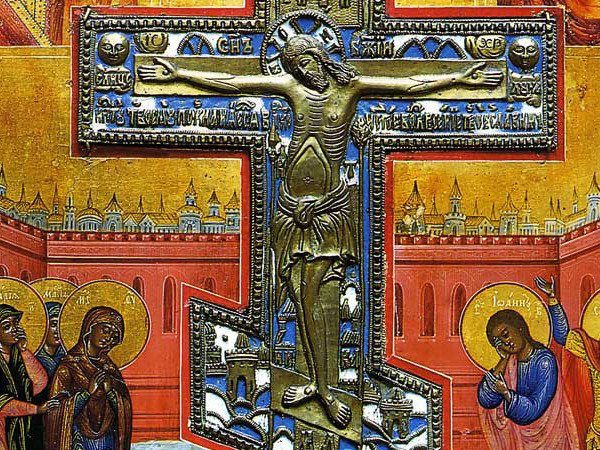 When Christians talk about death, they don’t do so with pessimism, they aren’t resigned to it, they don’t think it natural. They see it principally as an enemy which must be defeated through Christ. ‘The last enemy to be destroyed is death, (I Cor. 15, 26); ‘The Word became flesh’ (Jn. 1, 14); ‘that he might destroy him who holds the dominion of death, that is, the devil’ (Heb. 2, 14).

God became a human person in order to destroy death and sin and to defeat the devil. Christ assumed a mortal body, one that was subject to suffering, in order to overcome death in His own body. Through His crucifixion and resurrection, He defeated death and gave us the opportunity to be united with Him, to overcome death ourselves in our own life. So after the incarnation of God the Word, death changes for Christians, both as regards name and orientation: it is no longer called death, but dormition and it becomes a bridge towards life eternal. The faithful cross over ‘from death to life’ (Jn. 5, 24).

Saint Nikodimos the Athonite advises us not to forget that ‘death is such a sudden thief that you never know when it is coming on your account. It may be this very day, this hour, this moment. You may wake up well, yet not get through to the evening; and you who’ve arrived at the evening may not wake up in the morning… So think on these things and say to yourself: ‘If I’m to die, and perhaps by sudden death, what will become of me, wretch that I am? What good will it do me then, if I enjoy all the pleasures of the world?… Get behind me, Satan and bad thoughts. I don’t want to listen to you trying to make me sin’.

According to the Fathers and the experience of the Church, the departed, especially those who have died suddenly, benefit greatly from memorial services, forty liturgies, prayers, alms and our own Christian life, so long as it reflects as light on their own souls.

My beloved brethren and Fathers, today is a reason for spiritual joy and exaltation, because today we celebrate…

Most viewed articles
Of Boasting and Modesty103
His Holiness Patriarch Kirill Contracted the Coronavirus101
4th Plenary Session between ROC and Coptic Church Held85
What Does the Cross Mean for us Today?40
Most popular authors
Pravmir.com team186
Archpriest Basil Ross Aden103
Priest Robert Miclean40