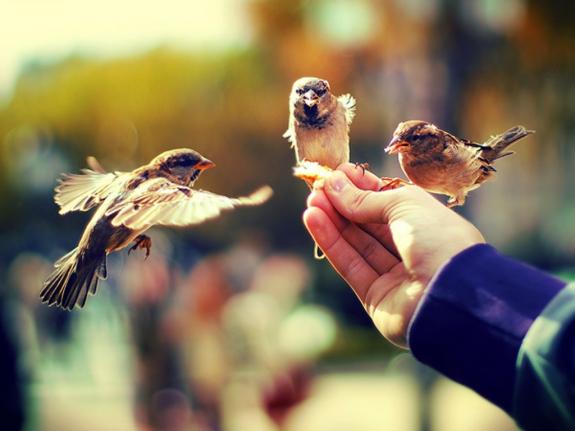 What is the greatest gift we have from God? For many it is the gift of life itself. To live and breathe, to touch and hug our loved ones, to speak and communicate with others, to see and be inspired by a sunset or the autumn colors of the leaves, all this is part of the precious gift of life. All of God’s creatures long for life, rejoice in life and seek to live it to its fullest.

But the end of our life is death. If life is the greatest gift, surely death is the greatest loss, the greatest tragedy. As a young boy in a small village in Greece, my uncle Christos of blessed memory was the village carpenter. We lived in the same house and when someone died, uncle Christos went to the home of the grieving family, measured the deceased, then made the casket in our own courtyard. I still remember the sound of the primitive saw cutting through the pine boards. Far more distressing for me was the wailing of the mourners. We walked to the cemetery the casket carried in full view. Fear and sadness filled the hearts of friends and relatives alike. It was all so real and so tragic. Few as we were, no one engaged in small talk or casual laughter. At the cemetery the casket was lowered into the grave by ropes, the men careful not to lose their footing. In our own times perhaps, beautiful funerals shield us excessively from the painful actuality of death.

Today’s Gospel reading (Luke 7:11-16) teaches us to face death with faith and hope. Our faith and hope are in Christ, the Life-giver; the One who Himself is the true life and who gives life to the world. At the gate of a city in Palestine Jesus met up with an ancient-style funeral procession. The deceased, a young man, the only son of a widow, was being carried out for burial. One can only imagine the sorrow of the mother, losing her only child and only support in an age of no safety net. Moved with compassion, Jesus came up to her and said, “Do not weep.” The bearers stopped. Jesus touched the bier and said, “Young man, I say to you, arise!” Amazingly, the young man came to life and Jesus gave him to his mother. Fear and wonder seized the hearts of all those present, who praised God and said, “A great prophet has arisen among us! God has visited His people!” Indeed, here was more than a prophet. Here was God Emmanuel, God with us, blessing His people and giving life.

The raising of the widow’s son highlights Jesus’ ministry of miracles. Jesus conducted His ministry with words and actions. He healed the sick, He cast out demons, He ruled over winds and waves. The awesome deeds of Christ were public events with public witnesses, too many even for Christ’s enemies to deny. Unable to refute them, His enemies instead accused Jesus of working with the devil, when Jesus in fact worked with the power of the Holy Spirit. But they said: “He is possessed by Beelzebul,” the leader of demons (Mark 3:22). Saying so, horrifically, they committed the grave sin of blasphemy against the Holy Spirit—the unforgivable sin. “All sins will be forgiven,” Christ said, “but whoever blasphemes against the Holy Spirit never has forgiveness, but is guilty of an eternal sin” (Mark 3:28-30). Why not ever forgiven? Because the hardness of heart, when seeing tangibly the work of the Holy Spirit and attributing it to the devil, is beyond repentance and forgiveness.

When Jesus raised the widow’s son to life He acted because He was “moved with compassion.” He wanted to help this woman in her hour of desperate grief. Compassion is the first purpose behind Christ’s extraordinary acts. He was not seeking to amaze people but to help them. The prophet Isaiah had foretold the Messiah would “take our infirmities and bear our diseases” (Isaiah 53:4; Mat 8:17). Christ was sent as the humble Servant of God who identified with people’s suffering and came to lift their burdens and afflictions.

The miracles of Jesus are called semeia (“signs”) and dynameis(“acts of power”) in the Gospels. Here we have the second purpose behind Christ’s healings and exorcisms. The deeds of Jesus were signs and acts of divine power to show that God’s kingdom, God’s rule, had arrived in the person of Jesus. He was the Messiah, the awaited Leader of God’s people. His remarkable deeds had a messianic purpose, not just to amaze people, but to lead them to faith. The times had been fulfilled, the kingdom of God was at hand, the new age of forgiveness and salvation had arrived in the person and works of Christ. When John the Baptist was in prison, he heard about ta erga tou Christou (“the deeds of Christ”). He sent word to Jesus, asking, “Are you the One who is to come, or shall we look for another?” Jesus sent back this reply: “Go and tell John the Baptist what you hear and see: the blind receive their sight, the lame walk, lepers are cleansed, the deaf hear, the dead are raised up, and the poor have good news preached to them. And blessed is he who takes no offense at me” (Mat 11:2-6).

Christ’s miracles were never meant to exclude the response of faith. They were never meant to be absolute proofs that overwhelm faith. When the Devil said “If you are the Son of God, turn these stones into bread” Jesus refused. At another time, after He fed people with the loaves in the countryside, the crowd tried to proclaim Him an earthly king. But He refused, vanished from them, and went up into the hills to pray (John 6:15). Christ wanted people to believe because of who He was as a servant Messiah and because of what His message was: to turn to God with heartfelt love and trust, and to follow the path of love and forgiveness in our lives. We ask God for miracles, as Christ has taught us, but we do not count on miracles as proof that God really exists and that He really loves us. The great Church Fathers bear witness that faith and virtue, not miracles and wonders, are decisive for Christian life. Our privilege is to believe in Christ and Christ’s way even without miracles. “Blessed are those who have not seen and yet believe” (John 20:29). You want to work miracles, St. John Chrysostom asks? Then get rid of sin and evil passions. Seek cleansing from sin and holiness of life: these are the greatest miracles.

There is a third purpose behind Christ’s miracles. The first was compassion, the second a sign (semeion) of God’s Messiah and God’s kingdom in the life and person of Jesus, the third also a semeion/sign. When Jesus raised the widow’s son from the dead, He signified that He was Lord and God, the One who had the power over life and death. Through the raising of the widow’s son, He foreshadowed His own resurrection, but with a key difference. The widow’s son was brought back to this earthly life. He was destined to die again an ordinary physical death. In the case of Jesus, however, His resurrection from the dead was a move to a heavenly dimension of life. Jesus was transformed into another dimension of existence. His resurrection was the defeat of the power of death itself and it marked a new eternal order of life promised to us. St. Paul calls it the “new creation.” He writes: “Flesh and blood cannot inherit the kingdom of God . . . We shall all be changed, in a moment, in the twinkling of an eye, at the last trumpet . . . When this perishable nature puts on the imperishable, and the mortal puts on immortality, then shall come to pass the saying that is written, ‘Death is swallowed up in victory. O death, where is your victory? O death, where is your sting?’ . .  But thanks be to God, who gives us the victory through our Lord Jesus Christ” (1 Cor 15:50-57).

Christ, the Life-Giver. That’s the good news of today’s gospel. Christ will grant us resurrection in the fullness of God’s future kingdom. But He also mediates to us the very life of God in our present life and during our earthly journey. As the risen and living Lord, He is able to impart to us the life of God through our personal faith, our prayers, our study of the Scriptures and the lives of saints, the sacraments of the Church, and humble practice of His teachings. Let us remember especially two things that unite us with Christ, and by which He gives us divine life: Holy Communion and our love for each other. About Holy Communion Jesus said: “Whoever eats my flesh and drinks my blood has eternal life . . . he abides in me, and I in him” (John 6:54-56). About the commandment of love Jesus said: “I give you a new commandment. Love one another as I have loved you and so you will be known as my disciples” (John 13:34). Thus, by loving one another and by receiving Holy Communion, we participate in the great mystery of faith, which is the living and risen Christ. We pass from the realm of death to the realm of life, participating in a perpetual Pascha, or perpetual Easter, in union with Christ, the Life-Giver. To Him be all praise, honor, and glory forever. Amen.