Source: Christians Daily
Lorraine Caballero | 18 September 2016
Christian converts in Turkey are allegedly forced to hide their new faith for fear of being persecuted, according to advocacy group Christian Aid Mission and a charity ministry. 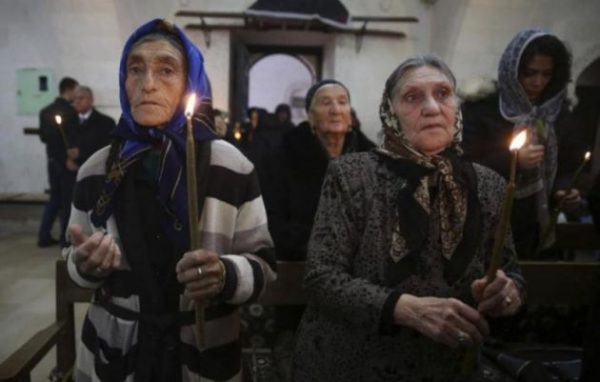 (Reuters/Umit Bektas/Files)Syriac Christians from Turkey and Syria attend a mass at the Mort Shmuni Syriac Orthodox Church in the town of Midyat, in Mardin province of southeast Turkey in this February 2, 2014 file photo.

After conducting interviews with Christian refugees staying in Turkish refugee camps, the Christian campaigners said the new converts do not live openly as Christians because they fear for their lives. The groups have also learned that there are around three million Syrian refugees in Turkey, Christians in Pakistan reports.

“There are many that have fled to Europe but have died along the way. Those going are returning to Turkey. But most Turkish people do not want to see Syrians become Turkish citizens,” the director of the Turkey-based ministry said. “They are shouting this in the streets, and it makes us sad. Syrians are saying they will return to their homeland if the war ends.”

Refugees who have embraced Christianity are mainly afraid of the possibility that Islamic State militants would be able to infiltrate the camps. After seeing the atrocities that the terror group committed against their family and friends in their homeland, they are now reportedly afraid to show their Christian faith in public.

Meanwhile, the failed Turkey coup on July 15 has sparked a new wave of violence and hatred against religious minorities. People have accused minorities of being “complicit” in the incident, The Globalist reports.

After the failed coup, the local religious minorities have stood firm in their loyalty to their country and the elected government despite being targeted with hate speeches by President Recep Tayyip Erdogan and his party. In fact, Jewish and Christian leaders supported the government’s anti-coup rally in Istanbul on Aug. 7 to denounce the coup plotters.

Churches in Trabzon and Malatya were among the first targets of attackers after the coup. It is worth noting that deadly attacks against Christians happened in the two cities ten years ago. Later, an Armenian high school in Istanbul was vandalized and a worship hall in Alevi was attacked.