The roots of historical conflicts between Christians and Muslims are normally in politics and not in religion, the Ecumenical Patriarch of Constantinople, Bartholomew I, has said in Istanbul. 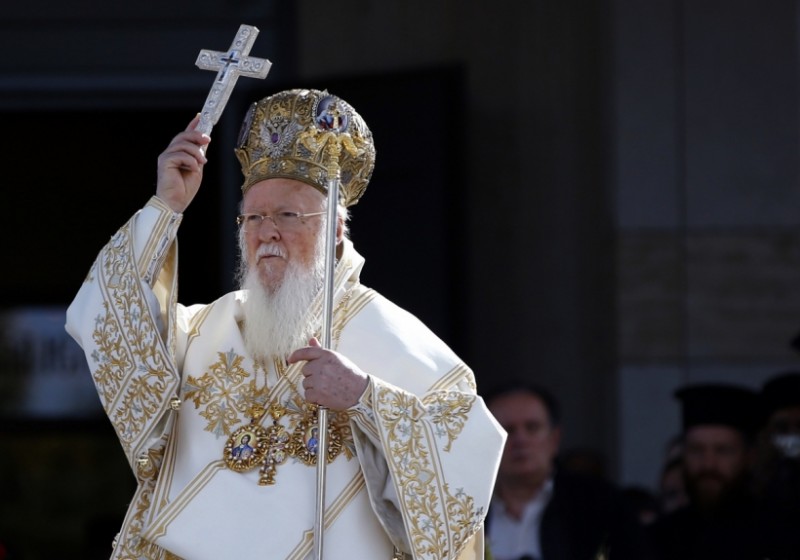 “Christians and Muslims have lived together, sharing the same geographical region, in the context of the Byzantine and the Ottoman Empires,” he said in a speech at the Eurasian Economic Summit in Istanbul on Thursday.

Bartholomew spoke behalf of the Ecumenical Patriarchate, a founding member of the World Council of Churches (WCC) at the February 4 till 6 summit organized by the Marmara Foundation.

He said the historical models, Bartholomew said, reveal “possibilities in our own world, which is shaped by pluralism and globalization.”

“This is precisely why a dialogue, which acknowledges differences but also suggests ways to negotiate differences, may prove helpful to map out appropriate avenues of communication.

“It is the only way of discovering the peace,” noted the Ecumenical Patriarch.

Human conflict may be inevitable; but war and violence are certainly not, he said.

“We must believe in and ‘pursue what makes for peace’,” said Bartholomew quoting from the letter of St Paul to the Romans (14.19).

“As faith communities and religious leaders, we are obliged constantly to remind people about the obligation and responsibility to choose peace through dialogue,” said the Ecumenical Patriarch.

The Ecumenical Patriarchate of Constantinople, part of the wider Orthodox Church, is one of the 14 autonomous churches within the communion of Orthodox Christianity.

The Patriarch of Constantinople has been designated the Ecumenical Patriarch since the 6th century.

He is the most senior of all Orthodox bishops being the first among equals and is often referred to as the spiritual leader for 300 million members of Orthodox churches, but he has no direct jurisdiction outside the Patriarchate of Constantinople.

Most viewed articles
Hallowed Be Your Name: Some Grammar and A Reflection248
How to Read the Bible145
Seven-day celebrations dedicated to the Saint who helped Bucharest during plague epidemic begin on Thursday105
Patriarch Kirill Encourages the Media to Report Proper and Adequate Information about the Church90
Words from St. Isaac of Syria85
Holy Intercession Church in Glen Cove, NY, Celebrates its 70th Anniversary82
Since the Start of the Pandemic Moscow Priests Have Made Over 4,000 Visits to Patients with COVID-1965
Archbishop Peter of Chicago and Mid-America in an interview to Poltava Diocese’s press service reveals interesting moments in the life of St John (Maximovich)49
Using Our Time Wisely to Cultivate the Seeds of Faith2
“Do Not Weep”1
Most popular authors
Pravmir.com team286
Archpriest Michael Gillis248
Archpriest Lawrence Farley145
Aurelian Iftimiu105
Archpriest Stephen Freeman85
Priest Luke A. Veronis2
Archpriest Peter Olsen1