Source: FARS News Agency
Natalya Mihailova | 11 May 2014
TEHRAN (FNA)- Metropolitan of Mexico, Venezuela and Central America and the Caribbean Islands for the Roman Orthodox Church Antonius Shidrawi said Christians' cries around the world were continuous tirelessly, appealing for repelling Takfiri extremism and stopping support for the western-backed terrorist groups who were committing systematic crimes in Syria. 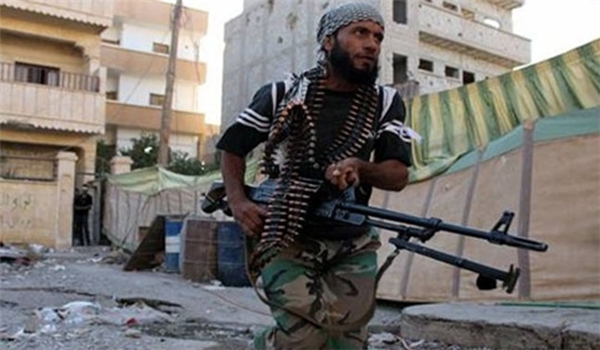 “The USA allies with terrorism through sending weapons to the Takfiri terrorist groups in Syria,” Antonius Shidrawi said in a SANA’s report.

Metropolitan Shidrawi called upon Washington in a statement directed to the US Ambassador in Lebanon David Hill “you are supporting those who do not know what freedom is…The Christians are being slaughtered and displaced from their homeland in Syria, while you are sending weapons to the Takfiri terrorists under the name of opposition.”

Metropolitan Shidrawi addressed the US Ambassador, saying, “It has been more than a year since two archbishops were kidnapped in Syria, and we have not heard a single word criticizing this act by your state whatsoever neither have we heard that it would pressure its ally, Turkey, to release them, but rather we hear that it will continue to send weapons to the armed opposition.”

In the same context, Eastern and Western Greek, Armenian, Coptic, Maronite and Catholic churches in Austria urged for stopping supporting terrorists in Syria and the Middle East, protecting minorities and monitoring extremists, Salafist movements and sleeper cells in Europe.

The churches warned of the danger of the terrorists on the Austrian and European societies and the civil peace in Europe and the whole world.