Christians in Iraq have no place to call home 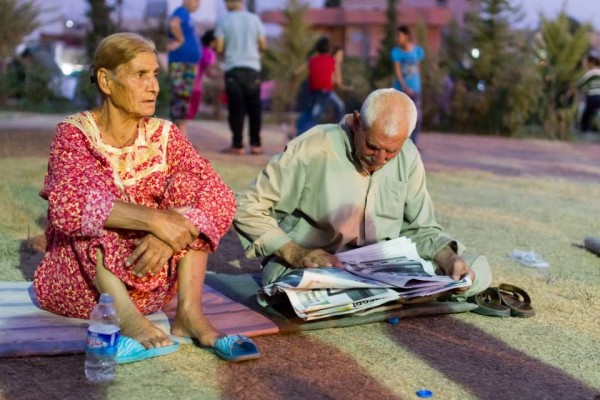 Al-Monitor reports 90% of Orthodox Christians in Iraq are displaced. Only 30 families out of 600 remain in Baghdad, and there are less than 10 families left in Mosul.

“The return of those who have been displaced back to their homes is linked to the political and security situation. We cannot urge anyone to go back now, in light of this ongoing war in different regions in Iraq,” Greek Orthodox Bishop Ghattas Hazim told Al-Monitor.

“We are a main element in this region’s culture; Christians and Muslims from all confessions are threatened.”

Christians in Iraq: a brief history

Being forced to flee their homes is nothing new for Christians in Iraq. Emily Fuentes of Open Doors USA says over 75% of Christians have left the country since 2003.

“That’s the ones who’ve actually had to leave the country, not just the ones who’ve been displaced,” she clarifies. “It’s increasing more and more as ISIS continues to target Christians. 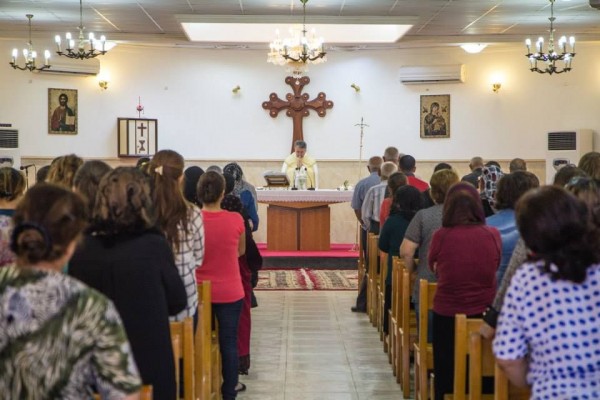 “We’ve actually been working in Iraq for more than 20 years, as persecution has been increasing, and it’s increased the most in the past 10 years.”

It’s not just Christians in Iraq facing trouble from ISIS; all religious minorities, including moderate Muslims, are at-risk. As Fuentes points out, Islamic State militants are “putting down roots” in Iraq.

“That affects everyone,” she explains. “It turns countries that once [had] religions living side-by-side peacefully… [and takes] that away, and it changes the face of Iraq.”

How to help Christians in Iraq

While statistics can be overwhelming, there are ways you can help Christians in Iraq, whether they’re taking refuge in Iraq’s Kurdistan region or in a neighboring nation.

Open Doors works with indigenous Christian leaders to provide for every need of persecuted Christians in Iraq, Syria, and surrounding countries affected by ISIS. By providing refugee care, Bibles, Christian training, trauma counseling and other resources, we aim to meet all of the refugees’ needs

“There’s one pastor in particular who’s made it his mission to create a church [that’s] not labeled as a ‘refugee center,’ but more of a ‘safe area,’” Fuentes shares.

The pastor had pools and games for refugee kids during the summer season to help take their mind off of the ISIS crisis. He made it a point to share the love of Christ with kids and their families, no matter what background they came from.

As believers respond to the ISIS crisis with the love of Jesus, other religious minorities take note. Suddenly, a new interest in the Gospel develops.

“Not only were there doors opened [for the Gospel], but they were caring for all [the children’s] needs: physical, emotional, and spiritual needs,” says Fuentes. “It’s been a great way to reach people with God’s love in this region, in spite of all the atrocities going on.” 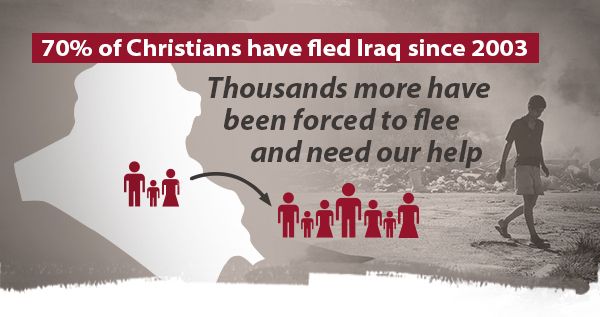 Stories like these aren’t being shared just to keep you informed — there are ways you can help Christians in Iraq.Fuentes says the first thing those of us in the West should do is pray.

“Many of them are just absolutely surprised to know that…they’re not alone, that the Body of Christ is surrounding them in prayer,” Fuentes shares. “From a practical standpoint, you can give to help not only Christians in Iraq, but in surrounding countries, too.”

See how you can help Christians in Iraq through Open Doors.