Christians in Muslim Countries Cited as Most Hated Minority Group: ‘Know Your Place or We’re Going to Kill You’

Source: The Gospel Herald
Shawn Schuster | 11 November 2014
Author Raymond Ibrahim reveals in a new video what he sees as an under-addressed phenomenon: the persecution of Christians worldwide. 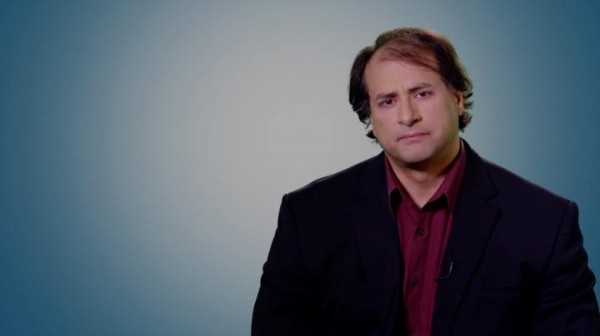 For those Christians living in Muslim-majority countries, torture and death are an everyday occurrence, according to Ibrahim’s new research. “I’m not talking about ‘War on Christmas’ type harassment,” he said in the new video he produced for Prager University. “I’m talking about, ‘know your place or we’re going to kill you’ persecution.”

Ibrahim says that 20 percent of the population of North Africa and the Middle East followed the Christian faith 100 years ago, but that number has dwindled down to a mere 4 percent over the years with most of the decline occurring in the last decade.

“Astonishingly, the Western mainstream media barely acknowledge what is happening,” he continued.

Ibrahim was born in Egypt and specializes in Arabic history and language. He is currently working on a PhD in Medieval Islamic History and has written two books on the subject: 2007’s ‘The Al Queda Reader’ and last year’s ‘Crucified Again: Exposing Islam’s New War on Christians.’ 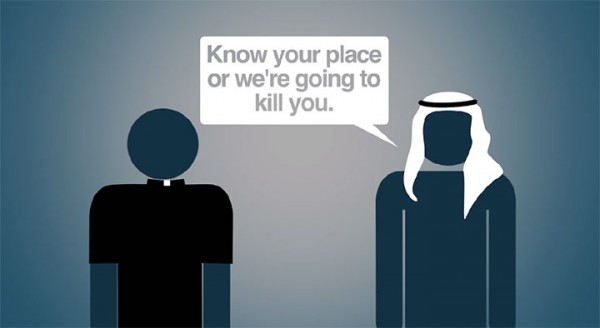 During 2001’s terrorist attacks on the U.S., Ibrahim was writing his Master’s thesis on a medieval military encounter between Islamic and Byzantium forces. He realized that Al Queda’s treatment of what they saw as infidels was a direct reflection of how Islamic extremism played out in the 7th century. It was his belief that in order to fully understand the modern-day jihadists, one must study early Islamic history and doctrine.

“In just the past two years, tens of thousands of Christian Copts (Egypt’s term for native Christians) have left Egypt, and many others wants to leave but they simply cannot afford to,” he said on the video. He goes on to explain several incidents of violence against Christians in Egypt, including church bombings that most often happen during Christmas or Easter church services, child abductions, slavery, Christian business bombings, and many more.

“The list of fresh atrocities by Muslims against Christians grows longer almost every day,” he points out. “If this were happening to any other group besides Christians, it would be the human rights tragedy of our time.”

He goes on to explain the reasons he believes the mainstream media ignores this Christian persecution, including a brief history lesson on the Muslim view of Isreal and European colonization.

“So yes, Christians are indeed the most persecuted religious group in the world today,” he concludes. “But reporting it would violate the media’s narrative of Christians as persecuters and Muslims as victims.”

Most viewed articles
Fleeing To The Desert, A Little Bit161
The Worst Year Ever – Or Was It?140
El Mundo Includes Russian Orthodox Cathedral in the Six Most Beautiful Churches of Madrid117
Resentment, Guilt, Forgiveness: What Should Everyone Know About Them?111
Patriarch Kirill Speaks on the Power of Epiphany Holy Water104
South Carolina Passes Pro-Life Bill That Takes Aim at Roe V. Wade60
Orthodox Service “Mercy” to Open a Rehabilitation Center for Homeless49
Orthodox organization invites children to strengthen faith through a short film competition28
The Transfiguration of Our Lord and Savior Jesus Christ1
Sunday of the Samaritan Woman1
Most popular authors
Pravmir.com team270
Archpriest Michael Gillis161
Archpriest Geoffrey Korz140
Konstantin Olkhovoy111
Madison Ferguson60
Ștefana Totorcea28
Fr. Gabriel Bilas1