The Sanctification of the Human Body 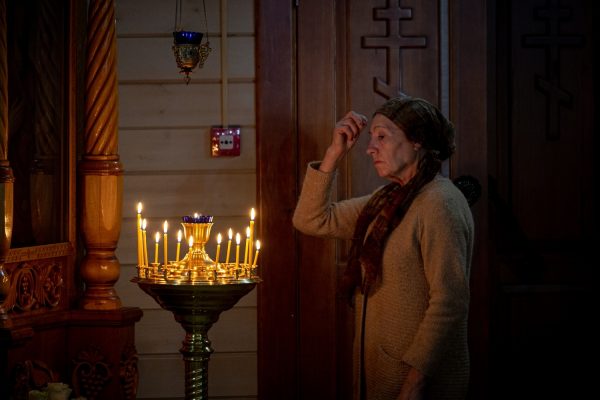 The human person is the temple of the Living God. This is an Apostolic teaching of our Church, which means that, just as the grace of God, the grace of the Holy Spirit, resides in a Church, the same is true of the human body and we are temples of the Living God. We call God living because He’s not cut off somewhere in the heavens and we simply believe in Him, accept Him, but because He resides in us and we are His temple. Naturally, Saint Paul doesn’t mean that part of existence is the temple of God, but that the whole person is destined to become the temple of God and when this is achieved, it becomes a reality. This is the reason why we show great respect and honor to the whole human person.

When we honor the Saints of the Church, who are people who have confirmed that they are truly temples of the Living God, who have observed His Commandments and have found the truth, we don’t honor just their souls or their teaching or even their intellect. We honor the Saints as whole people, persons who have been sanctified in their entirety, soul, and body. This is why we venerate the Holy Relics of the Saints in the Church, their bones, which received the grace of the Holy Spirit and are temples of the Living God. This is why we Orthodox Christians do not simply honor the relics as we would our ancestors, but we embrace the relics, the objects, the holy icons of the Saints because we really believe that, in this way, we communicate with the grace of the Holy Spirit which these Saints have. Naturally, they did not have it only in this life but have it more so now, when they are alive in the presence of God.

It is difficult for people in the West to understand the reverence we Orthodox Christians feel towards the Saints when we venerate their holy relics. In Orthodox Christianity, it’s all around the face of the Saint, because glorification has to do with the whole human being of the Saints and embraces them entirely. This is why, in natural terms, sanctity is identified with morality and external integrity, but this alone is not the case in the Orthodox Church.

The Saints are, of course, moral and upright, but the grace of the Holy Spirit transcends these, human, worldly features and is the uncreated energy of God which covers the whole person’s being so that he or she is sanctified as a whole. As it says in the Acts of the Holy Apostles-and this is a clear answer to Jehovah’s Witnesses and Protestants-the woman with the issue of blood went and touched the hem of Christ’s garment and was immediately healed. So we ask: is it possible that the clothing worked the miracle? Of course not. It was Christ Who performed it. He performed it through the women’s faith. It also says in Acts, that soon as the shadow of the holy Apostle Peter fell on the sick, the latter were healed. They even used their cloaks to perform miracles. It’s through faith and the grace of the Holy Spirit that miracles (wonders or thavmata) were and are still worked. Naturally, the Saints don’t perform miracles themselves: it is the grace of the Holy Spirit residing in them and their things which acts together with people’s faith and which performs miracle, cures and all other familiar effects which holy relics and holy icons perform for those who approach them in faith.

And when Saint Paul talks about sins of the flesh, it is because we have a duty to keep our bodies pure and free from any defilement, of any sin, because the body is destined to be glorified, the whole of the body is destined for deification (theosis) and sanctification.

When we are baptized, the whole of us is baptized, because we are sanctified as a unified whole. For this reason, the relics of the departed Christians are always respected and well-preserved. This is also why the Orthodox Church does not accept cremation: not that Christ would have any difficulty in resurrecting the dead who’d been cremated, but rather that the burial and interment of the bodies of the dead is an expression of our faith that the body is sacred and is destined for sanctification and glorification, meanwhile awaiting the resurrection of the dead.

The Silence of God

A conversation on Psalm 119

Curing the Illness of Pharisaism

All these things that take place—everything that we do—our pilgrimages, our candles, our night-vigils, our prayers, our fasts,…