Source: Pravmir.ru
The Church of Antioch has unanimously decided to suspend communion and not to commemorate Patriarch Theophilos in the ecclesiastical diptychs.
Natalya Mihailova | 02 May 2014
April 30, 2014. PRAVMIR. The Holy Synod of the Church of Antioch, presided over by Patriarch John, announced on April 29 that it has officially suspended communion with the Patriarchate of Jerusalem. 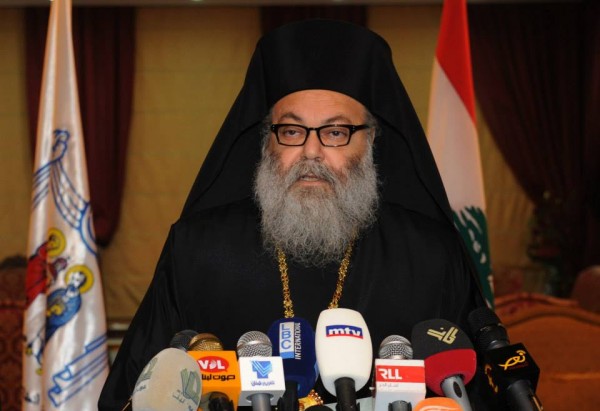 This has been reported by polit.ru, with reference to the website of the Patriarchate of Antioch.

The Primate of the Church of Antioch again raised the question of the canonical intrusion of the Patriarchate of Jerusalem into the Metropolia of Qatar. In his words, all meetings between the two sides have been fruitless. As a result, the Antiochian delegation refused to sign the document of agreement at the meeting of Primates in Istanbul.

Patriarch John noted that this question was not even on the agenda, despite pleas from the Antiochian Patriarchate.

“Following Patriarchate of Jerusalem’s intractable position, the Antiochian throne has unanimously decided to suspend communion and not to commemorate Patriarch Theophilos in the ecclesiastical diptychs, as it was normally done earlier. The Antiochian Patriarchate has prepared a letter for all Orthodox Churches with the rational for this decision and with a request that they pray for the unity of the Churches,” concluded the Patriarch of Antioch.

The Holy Synod of the Antiochian Patriarchate also called for an end to the hostilities in Syria and for the establishment of peaceful coexistence between Christians and Muslims in Syria, Lebanon, and other Middle Eastern countries.