Source: Pravmir (original in Russian)
Natalya Mihailova | 22 August 2014
News Service | August 21, 2014, PRAVMIR. A church in honor of the Icon of the Mother of God of Compunction has been damaged by artillery fire in Lugansk. 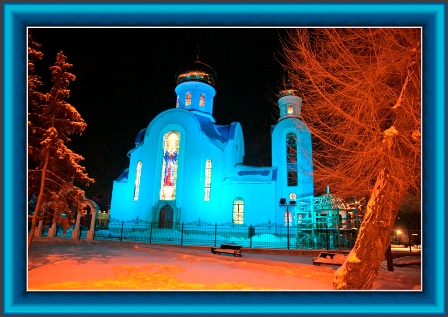 The victims of this shell attack on Lugansk’s center, which occurred on the evening of August 20, were five residents, two of whom were fatally wounded, relates Sedmitsa.Ru, citing the news agency REGNUM.

The refectory Church of the Icon of the Mother of God of Compunction was also damaged by artillery fire.

Earlier, on August 6, this church, which now preserves the miraculous Port Arthur Icon of the Mother of God, brought there as a gift from Russia, had already been targeted of the Ukrainian army’s mortar attacks.