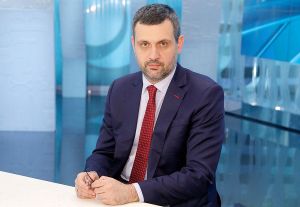 Head of the Synodal Department for Church, Society and Media Relations Vladimir Legoyda regrets that initiative of Patriarch Kirill of Moscow and All Russia to restore churches at higher educational establishments caused negative comments and points out to the example of Oxford, where a university church was restored.

“Last Friday at the Supreme Church Council the patriarch said it was important to restore university churches. Naturally (though unfortunately) some publics started lamenting on the topic: “the Church wants to intrude again…” Legoyda writes at his Telegram channel.

“Probably, the Great Britain also “falls down to the Middle Ages,” if its authorities allow such a rude interference of religion in secular education,” the church official said.

Legoyda also found the timetable of divine services in the university church at the official website of the Harvard University. “We are expecting indignant reaction of our top bloggers and journalists!” he wrote.