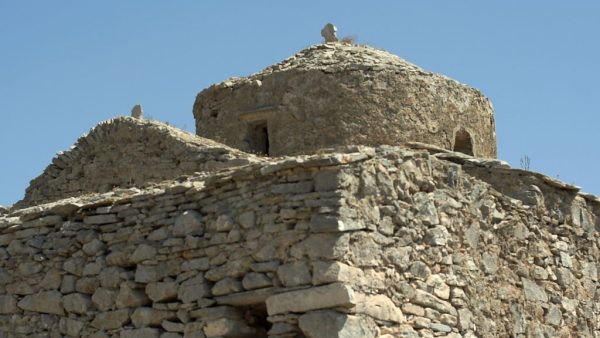 One of Greece’s most renowned churches, the 8th Century Byzantine temple of Agia Kyriaki in Naxos has become a recipient of the 2018 Europa Nostra Award which stands for the European Union Prize for Cultural Heritage.

The picturesque Agia Kyriaki is one of the most popular sightseeing spots on Naxos island.

The prize was given by the European Commission and Europa Nostra earlier this week following a restoration of the church. A team of Greek and Swiss archaeologists and reconstruction and preservation specialists revived the church’s wall paintings dating back to the 8th and 9th centuries.

The Agia Kyriaki restoration received honours in the “Conservation” category alongside projects from 177 other countries.

The Europa Nostra Awards include prizes in research, education, training and awareness-raising and culture-related dedicated services.

Another important accolade for Greece was a joint award for the Collaborative Conservation of the Apse Mosaic of the Transfiguration in the Basilica at St. Catherine’s Monastery in Sinai with the help of neighbouring Italy and Egypt.