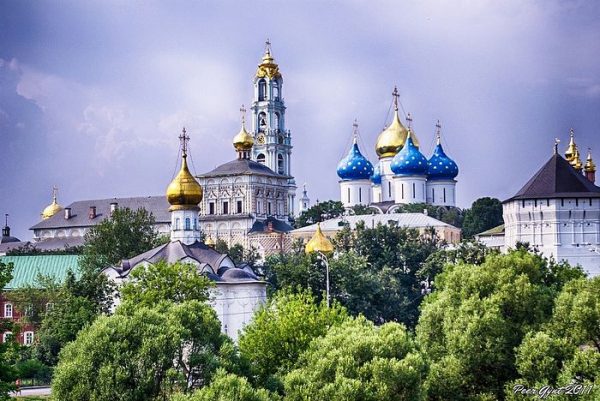 Plans are currently being developed for the Russian Orthodox Church to create a large-scale Orthodox cultural center in Sergiev Posad, not far from the world-famous Holy Trinity-St. Sergius Lavra.

The center will include a museum, a library, representative offices for the Local Orthodox Churches around the world, and other buildings, as Archpriest Leonid Kalinin, the Chairman of the Church’s Expert Council on Church Art, Architecture, and Restoration, told TASS.

His Holiness Patriarch Kirill of Moscow and All Russia also earlier proposed reconstruction work throughout the city at a meeting of the Lavra’s Board of Trustees. As he stated, it should emphasize the special status of the city as a spiritual center and create a more favorable environment for people’s lives.

As Fr. Leonid noted, the monastery itself will not be affected in any way, since the museum exposition will be located in a more convenient modern building. “Here, with the help of the most modern means, both young people and tourists will be able to study the history of the Lavra, the traditions of Orthodox culture, and open such important pages in the history of Russia as the development of the Russian North by the disciples of St. Sergius of Radonezh, or the defense of the Lavra in 1612,” he explained.

In addition to the museum, the new center will house a patriarchal library with valuable ancient manuscripts, a youth center, a conference hall, and a representative office for the 15 Local Orthodox Churches of the world, which will help to make international cultural exchanges livelier and to develop pilgrimages.