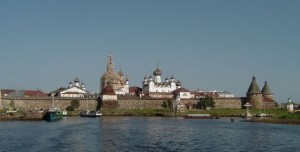 Access to the Solovetsky islands, home to one of Russia’s most important monasteries, could be restricted in a bid to preserve the archipelago’s “special way of life,” a top ranking clergyman said.

Russian Orthodox Church spokesman Vsevolod Chaplin said Thursday that the Solovetsky islands in the White Sea and the Valaam islands in Lake Ladoga — both home to historic monasteries — were among several sites the church is pushing to reclassify as “religious-historical places.”

“We are currently very carefully working in connection with the topic of Solovki; there is an idea to develop a full federal program. Meetings about this question are taking place practically every week, the questions under discussion are not simple,” he told Interfax on Thursday.

In order to give Solovki, Valaam and other historic sites protected status, serious changes to the law are necessary, he said. The government’s understanding of this is growing, he added.

“Places like Solovki, Valaam and several other monasteries are special places connected with traditional non-christian religions — it’s not just the buildings and the land, it is a place where there is a special way of life, and this way of life is incompatible with mass tourism, building of entertainment and attractions, or noisy political or mass cultural events,” he said.

Chaplin stressed that places like Solovki should remain open to both pilgrims and tourists, provided they “respect the internal atmosphere and special way of life — or they will simply be lost.”

The monastery at Solovki, a world heritage site, was founded in the 15th century, and grew to become one of the richest and most prestigious religious centers in the Russian empire.

For 16 years in the 1920s and 1930s it served as a prison for political undesirables — becoming the model for the Gulag system of prison camps.