Source: Interfax-religion
Natalya Mihailova | 06 January 2017
Moscow, January 6, Interfax - Head of the Patriarchal Council for Culture, rector of the Moscow Sretensky Monastery Bishop Tikhon (Shevkunov) of Yegoryevsk tells when results of the church expertise of the criminal case on the murder of Nicholas II family will be released. 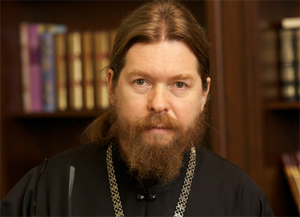 “We hope that as the work is very extensive and the report will be very voluminous, it will be ready by the second quarter of this year: investigators will report to the Investigative Committee, and we will report to the coming Bishops’ Council,” the bishop told in his interview with Interfax-Religion as he is a member of the church commission on studying the results of the ‘Yekaterinburg relics’ research.

According to the bishop, as to the question if the remnants can be considered the holy relics, “the final decision will be made by the Bishop’s Council.”

“Very intensive work is going on. The genetic expertise has been held in the best world’s laboratories. Very extensive and interesting anthropologic expertise with principally new data is being completed, now I can’t be more precise. The Anthropology Institute, coroners, anthropologists were also involved in it. There also was a historical expertise,” the interviewee of the agency said.

He called a new team of investigators of the criminal case ‘very professional.

“By now they have discovered many interesting, principally new things. The case has not been closed, and we are not authorized to tell the details of the investigation,” he said.

According to the earlier reports, the Investigative Committee had resumed the investigation into the criminal case involving the death of the family of Russia’s last emperor. The Investigative Committee said additional tests are being performed to confirm the authenticity of the remains of Prince Alexey and Great Princess Maria. Their remains are located in the State Archive in Moscow.

Samples of the remains of Nicholas II, his wife Alexandra and samples of the clothes of Russian Emperor Alexander II were taken from St. Petersburg to Moscow in September.

The Russian Orthodox Church and some of the Romanov’s ancestors believe the authenticity of the tsar family remains has not been proven yet. They are hoping that a new investigation will help resolve this issue.

The Investigative Committee completed the investigation into the criminal case involving the death of the family of Nicolas II in January 2011 and recognized the remains found near Yekaterinburg as real.

A grave with nine bodies was found on Staraya Koptyakovskaya Road near Yekaterinburg in July 1991. The remains were identified as those of Emperor Nicholas II, his 46-year-old wife Alexandra Fyodorovna, their daughters Olga, 22, Tatyana, 21, and Anastasia, 17, and their servants Yevgeny Botkin, 53, Anna Demidova, 40, Aloise Trupp, 62, and Ivan Kharitonov, 48.

Members of the imperial family were buried at a sepulcher of the Peter and Paul Cathedral in St. Petersburg on 1998. In 2000, the Russian Church canonized the new Russian martyrs and confessors Nicholas II, his wife Alexandra Fyodorovna and their five children.

The remains of two more people were discovered during archaeological excavation works 70 kilometers south of the first grave on July 26, 2007. The remains have still not been buried, but numerous expert analyses indicate that the remains are most likely those of Crown Prince Alexey and his sister Maria.