Civic Chamber Asks that Halloween Celebrations in Russia Be Canceled

Source: Pravmir.ru
Natalya Mihailova | 23 October 2014
October 21, 2014. Georgy Fedorov, a member of the Civic Chamber of the Russian Federation and the president of the “Aspekt” social and political research center, has asked Vladimir Medinsky, the Minister of Culture, to help cancel Halloween celebrations in Russia. 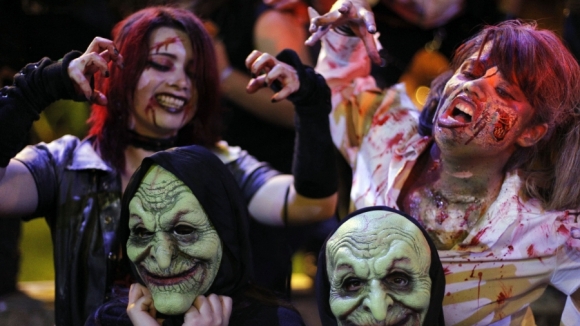 Izvestia, the Russian newspaper, announced that Mr. Fedorov had suggested evaluating this situation, considering the possibility of using the help of specialized departments, and making a recommendation to recreational facilities about restraining from celebrating Halloween.

“Perhaps with the help of specialized governmental institutions, a system of stimulation, including financial incentives, could even be established for those facilities that will listen to this recommendation and stop placing pumpkins and fake corpses in their facilities,” Mr. Fedorov noted in his letter.

The letter was based, among other things, on complaints made by Russians from various districts.

The press office of the Culture Ministry of the Russian Federation has stated that the letter has not yet reached them.