Source: Daily News
Natalya Mihailova | 22 May 2014
Muhtar Kent will be the only Turkish civilian personality to witness Greek Patriarch Bartholomew’s historic summit with Pope Francis, which will take place this weekend in Israel. 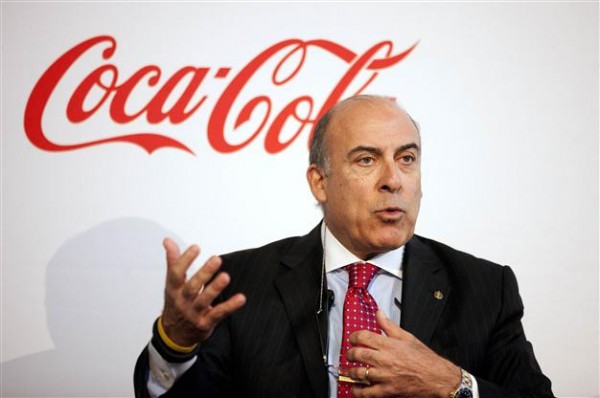 Kent who is the chairman of the board and chief executive officer at the Coca-Cola Company is not part of the official delegation, but will be one of two people to accompany Patriarch Bartholomew to Israel, according to Father Dositheos, from the press office of the Patriarchate.

Theodore Angelopoulos, a Greek businessman, will also accompany the Patriarch in his visit to Israel, Father Dositheos told the Daily News. The official delegation comprises of the religious dignitaries.
Both have friendly relations with the Patriarchate and have been invited by Patriarch Bartholomew, said Father Dositheos.

The meeting between Bartholomew I, the spiritual leader of 250 million Orthodox Christians, and the leader of the world’s Catholics on May 25 will commemorate the historic visit of their predecessors 50 years ago that launched a dialogue aimed at ending the two churches’ schism in 1054.

The two leaders will celebrate Mass together at the Church of the Holy Sepulchre, where the faithful believe Jesus was crucified and buried, and issue a declaration.

Kent is contributing to restoring the Greek boys’ orphanage, in Büyükada, Istanbul. The orphanage, which was closed in 1964, is in a state of heavy disrepair. Following a longstanding ownership dispute between Turkey’s Directorate General of Foundations and the Patriarchate, the European Court of Human Rights ordered the restitution of the building to the Patriarchate. In addition to its historical and cultural importance, it is also one of the rare surviving timber buildings in Istanbul.

Theodore Angelopoulos is the son of Greek industrialist Panayiotis Angelopoulos, who in 1989 contributed to the construction of the building of the Patriarchate that had burned down in 1941.