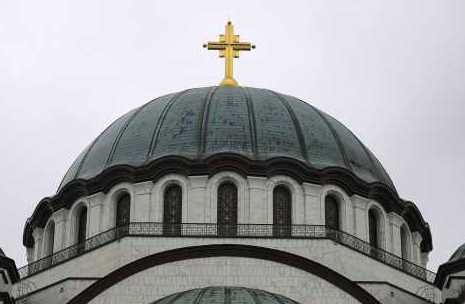 The Bishops’ Council of the Serbian Orthodox Church reports that with gratitude to the Lord and joy it welcomes the fact that the Macedonian Orthodox Church has accepted “the universally recognized canonical status of the broadest possible autonomy, i. e. the status of full internal independence granted as far back as 1959”. It is noted that this action withdraws the reasons, for which communication between the Churches was discontinued in 1967, and restores the full liturgical and canonical communion.

It is stressed that “with the establishment of unity on canonical basis and on terms of respect for canonical order throughout the territory of the Serbian Orthodox Church, a dialogue on the future and possible final status of the dioceses in Northern Macedonia is not only possible but also expedient, legitimate and realistic”. Besides, in this dialogue, the Serbian Orthodox Church will be guided “only and exclusively by ecclesiological, canonical and church pastoral principles, standards and norms”, disregarding any political factors or unilateral initiatives and being unaffected by outside influence or pressure.

The Council stresses that “after making the decision on the status, “it does not intend to subject the new sister Church to restrictions as to the sphere of her jurisdiction in her own country and in diaspora and recommends that the issue of her official designation be defined in a direct fraternal dialogue with Greek-speaking and other Local Orthodox Churches”.