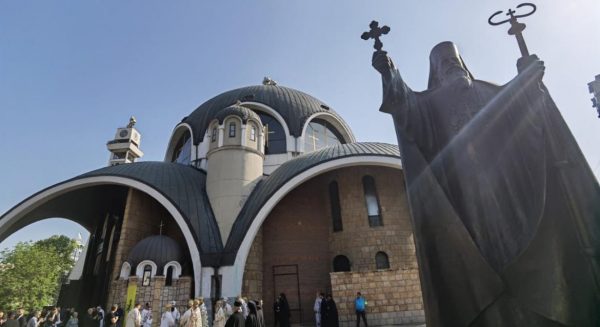 “To recognize the Macedonian Orthodox Church – Ohrid Archbishopric as an autocephalous Sister Church and inscribe the name of its Primate, His Beatitude Archbishop Stephen of Ohrid and Macedonia in the sacred diptychs,” the Synod’s resolution says (journal No. 62).

The Synod declared the need to thank the Lord “for the resolution of the issue of the status of the Orthodox Church in North Macedonia, which took place on a canonical basis.”

Also, the members of the Synod expressed the hope that the youngest in the family of autocephalous Orthodox Churches, the Macedonian Orthodox Church, Ohrid Archbishopric, “will firmly preserve the holy Orthodox faith in purity and integrity and observe the faithfulness of the Orthodox canonical tradition.”

The decision of the Synod will be communicated to His Holiness Patriarch Porfirije of Serbia and Archbishop Stephen of Ohrid and Macedonia.

It was reported before that during its meeting on May 16, 2022, the Council of Bishops of the Serbian Orthodox Church announced the restoration of Eucharistic and canonical communion with the Macedonian Orthodox Church – Ohrid Archbishopric.

This communion was interrupted in 1967 due to the unilateral proclamation of autocephaly by the Macedonian Orthodox Church.