Communiqué of the Episcopal Assembly of Canonical Orthodox Bishops of Oceani

Source: Serbian Orthodox Church
Natalya Mihailova | 01 May 2014
The members of the 4th Episcopal Assembly of Canonical Orthodox Bishops of Oceania welcomed the opportunity to meet in Sydney on Monday 28th April, 2014, under the chairmanship ex officio of His Eminence Archbishop Stylianos of Australia. 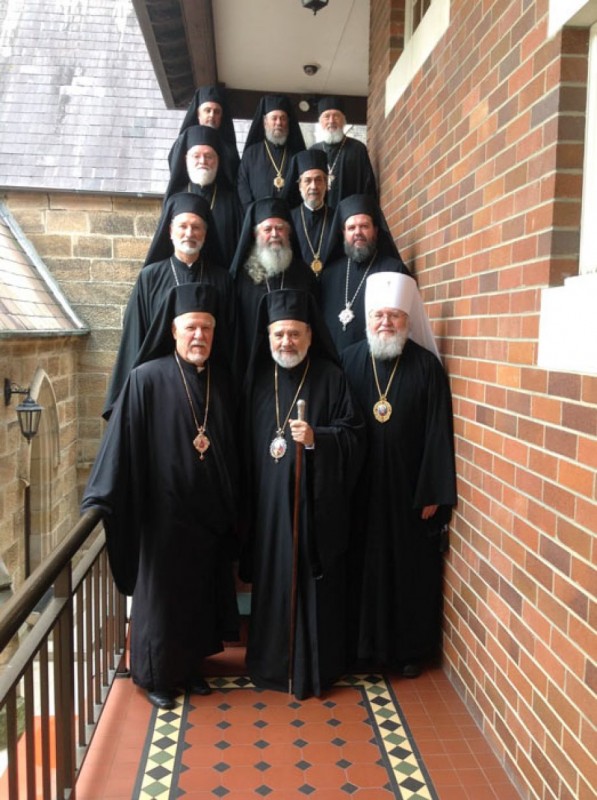 The Bishops continued the work of the Third Assembly, held in Sydney in October, 2012, attentively listened to the pastoral and other issues confronting our respective Churches  and heard several Reports of the relevant Committees:

1. The Assembly reaffirmed its position opposing same-sex marriage. A discussion followed regarding the children adopted into these relationships and related consequences.

2. As in other nations, so also in Australia and New Zealand, Orthodox Hierarchs from time to time, both nationally and locally sign statements for the common good of their faithful and the public in general with regard to the ethical dimension of pending and existent legislation. More concretely, the following two issues were raised:

a. taking into consideration the various existent statements, it was decided to promulgate a common statement on Organ and Tissue donation; and

b. considering the potential ramifications of anti-discrimination legislation, it was decided to assist those in Government to properly couch the language of such legislation while preserving the Constitutional precepts of religious freedom.

3. The Assembly decided to explore common projects for our Youth.

4. In light of the 100th Anniversary of the beginning of World War I (1914 – 2014), the Assembly decided to plan various Pan-Orthodox celebrations to commemorate those Orthodox faithful who gave their life in World War I. It was proposed that these take place in Melbourne, Sydney and Canberra.

5. After the resounding success of the first Pan-Orthodox Clergy Synaxis in Melbourne, 2012, it was resolved to undertake the same in different capital cities of our respective regions, beginning with Sydney.

7. The Assembly reviewed a draft set of rules outlining its constituency, terms of reference and structure. Once completed it is anticipated that it will be registered with the proper Government authorities and presented to the public on our website.

A discussion ensued concerning the Assembly’s ongoing concern regarding the unlawful imprisonment of Archbishop Jovan of Ochrid and Metropolitan of Skopje. The discussion was broadened to include Metropolitans Paul and John from Syria and the continued persecution of the faithful in the respective Churches. The Assembly once again calls for their restoration and freedom. In light of this discussion, concern was also expressed for the human rights and dignity of monk Irenaeus (former Patriarch of Jerusalem).