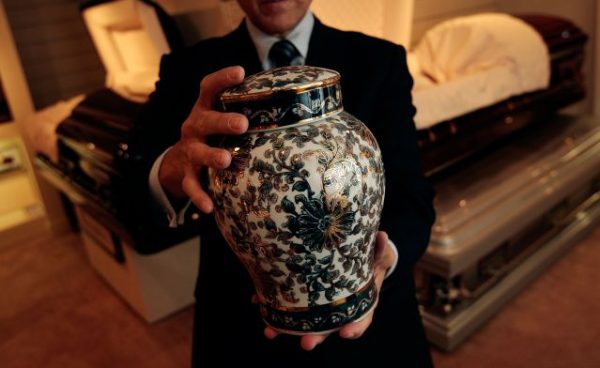 The burning of books is objectionable on principle.  Indeed, whenever I hear of books being burnt, I always think of the famous quote by Heinrich Heine, who was born a Jew but converted to Christianity, and who died 1856.  He said, “Where they burn books, in the end they will burn people.”  (There is a fine irony in his far-sighted wisdom, since his books were among the many consigned to the flames by the Nazis in the 1930s.) The reason that book-burning is objectionable is that consigning something to the flames means not just its destruction, but many circumstances its renunciation, and asserts its total lack of value.  And pretty much all books have value—even the books the contents of which we disagree with.  We may disagree with the ideas some books contain, but the idea of a book itself—that is, offering ideas from one person to another—is valuable and good, for all books involve sharing and dialogue, and all human dialogue has value.

In the same way that burning books is bad, burning people is bad also.  Put another way, cremation is not a part of our Christian Tradition.  Asserting this flies in the face of much modern North American culture, where cremation is rapidly becoming the preferred method of dealing with the bodies of the dead, but Orthodoxy continues to make this assertion nonetheless.  As far as the historic practice of the Church is concerned, cremation involves the burning of people.

Modern secular culture denies this.  It says that people—human persons—are to be sharply differentiated from their bodies, so that cremation burns not the person, but the body of the person.  The person—the real person—is identified with the soul, and this soul resides in the body in the same sort of way that a letter resides in an envelope.  In the case of letters and envelopes, the envelope has no real and lasting function apart from the safe delivery of the letter, and after the letter is received, the envelope may be thrown away.  After all, it is the letter which is of value, and it is the letter which we keep.  In the same way, modern secularism holds that the soul is the real person, and the body only the temporary container or vehicle for the soul.  When the soul departs from the body at death, the body has no more lasting value than the envelope has after the letter is removed.  Both may be thrown away, or burned.

Over against this, the Church asserts that the body is not simply the container of the soul but, along with the soul, also partakes of the beauty and image of God.  It is therefore not so much the case that we have bodies, but that we are bodies—as well as being souls and spirits.  The body is made by God, and shares His image—not of course that God has two eyes and a nose and ears, but that the body’s beauty and grace have their source in God.  And not only does the body partake of God’s grace in its creation, but also in its redemption, for it is the body which is baptized and chrismated, the body which receives the Body and Blood of Christ in the Eucharist, the body which will one day be raised to new immortal life at the final resurrection.  In a word, the human body is holy, and is central to our total salvation.  Like all holy things, it must be treated reverently.  As said above, consigning something to the flames speaks of its lack of value.  This practice made sense in paganism, for pagans denied that bodies had ultimate value (that was why the philosophical Athenians scoffed when St. Paul began asserting that bodies would rise again; see Acts 17:32). Pagans could cremate and burn their dead and be consistent with their religious beliefs.  Christians cannot, for Christians believe that the body has too much value to be consigned to the flames.

There are other problems as well with the present practice of cremation.  For one thing, some in the funeral industry who promote cremation do not tell the whole truth about it.  In particular, they fail to mention the truth that bones do not burn.  Flesh burns, and hair burns, and fat burns, if the fire is hot enough.   (When it does, it is not an edifying spectacle.  Indeed, some people who have witnessed it have said that if many knew exactly what occurs in the process of cremating a body, they would not have gone through with it.) But bones do not burn, however hot the fire may be.  What then is done with them after cremation?  They are put through a grinder, and ground down to tiny bits.  I am told that cleaning such grinders is not easy to do, and the bits from one body can get mixed the bits from another.  Some have told me that talcum powder is sometimes added to make the bits look more like ashes.  This of course is an attempt to hide from the truth that bones do not burn.

There are other problems as well.  I have been present when the ashes were deposited in their designated place in burial grounds.  Prayers were said for the departed, referring to the dead in personal terms, as a “who”.  The worker from the funeral crematorium then came, bringing the ashes in a plastic bag.  The departed had now become not a “who”, but a “what”, for the worker said, “Where would you like me to put it?”  Note:  not “him” or “her”, but “it”.  The worker was not heartless, and I’m sure meant no disrespect.  He was only doing his job, and stating the obvious:  cremation had turned a person into a thing, something able to be carried in a plastic bag under one’s arm and stuffed into a small funerary cylinder.  Cremation meant depersonalization.

Here then is the main difference between cremation and the historic burial practice of the Church—the latter alone does justice to the personhood of the departed and to the sanctity of human flesh.  This is not to judge or condemn anyone who has allowed the cremation of loved ones, for we all do the best we can, and times of bereavement and grief are not the best times to relearn and rethink.  But though the Church does not judge, it does offer a better way.  We do the most honour to our beloved departed when we avoid cremation, when we commit them reverently in the ground.  We need not burn the bodies of those we love.  Instead, we place their bodies in the good earth, and their souls in the hands of the good Lord. 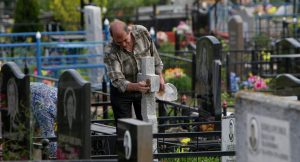 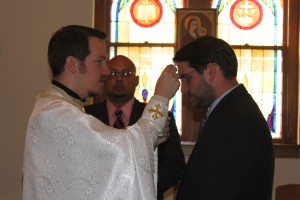 Congratulations! You Are Being Cremated Today!
Priest Brendan Pelphrey

My bishop is probably not going to believe this. Recently, a member of our congregation was…