Source: DECR
Natalya Mihailova | 11 December 2014
A concert dedicated to the First World War centenary was given in the Grand Hall of the Moscow Conservatoire on December 8, 2014. The concert was sponsored by the St. Gregory the Theologian Charity Foundation with support of the Moscow Patriarchate’s Department for Eternal Church Relations (DECR) and the Representation of the European Union in Russia. The Requiem by Giuseppe Verdi was performed. 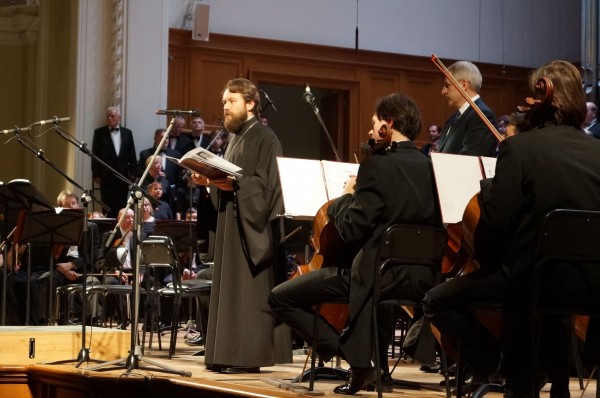 Greeting the audience were the DECR chairman, Metropolitan Hilarion of Volokolamsk, who said words full of feeling about the First World War, and Mr. Vygaudas Ušackas, EU representative in Russia.

The concert was performed by the Svetlana State Academic Symphony Orchestra, the Moscow Synodal Choir, the Yolo Moscow Chamber Choir, the Kozhevnikov Academic Choir, soprano Svetlana Kasjan as a soloist, with Jader Bignamini as conductor. The honoured artist of Russia, Alexei Puzakov, acted as an artistic director of the project.